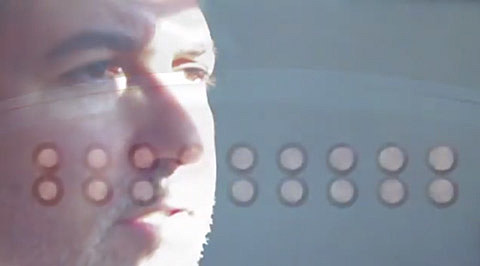 Obits have a new video for "Machines" from last year's Beds & Bugs which makes its premiere in this post. The song is one of the ones guitarist Sohrab Habibion wrote and sang, and he offers a few thoughts on it and the video:

"Machines" is the only tune I sing on our last album, Bed & Bugs(https://www.subpop.com/releases/obits/bed_and_bugs). And it's one of three songs on the LP that wasn't recorded live in the studio as a band. I originally tracked it in my apartment with a nylon-string guitar and a drum machine, as a simple demo to share with the other guys. But then I fiddled with it a bit, adding an organ and some overdubbed guitar lines. Alexis, Greg and I worked on it at a couple of practices, giving it more swing, while keeping it relatively spartan, hoping for a Can-like vibe (Greg and I were particularly obsessed with "Millionenspiel" from their recent Lost Tapes release). But, when it came time to focus on the album, we decided we liked the murky drone of the demo, so we transferred it to the 8-track and Greg and Alexis played together over the last half of it for more of a live feel and better overall dynamic range.

Alexis shot the video in my apartment on a sunny afternoon, letting
the light bleed in and wash out the image in parts. Then he sent his
cut to our friend Nick in Toronto (from the awesome band Biblical), who incorporated the stock footage to break it up a bit, so it wasn't just four and half minutes of an unshaven middle-aged guy doing karaoke to his own band. I don't know how often people watch these things these days, but I think this captures the mood of the song pretty well, despite not having the budget to make the video we wish we could have.

You can check out the video for "Machines" below.

Obits have a couple NYC shows coming up as well. They'll play the Sub Pop / Hardly Art CMJ showcase at Knitting Factory on October 23 with Protomartyr, Lee Bains III & The Glory Fires, Luluc, Gem Club and S. Tickets are on sale now. They'll also play Brooklyn Night Bazaar on November 22 with Survival Knife, Hungry Ghost and Pink Avalanche. That show is free and you can RSVP to skip the line.

Those two shows are Obits' only ones on their current schedule. Apart from that, Sohrab adds "we're writing music for our next album, which is provisionally entitled Mark Kozelek: Content Provider." New video and flyer for the Sub Pop / Hardly Art showcase, below... 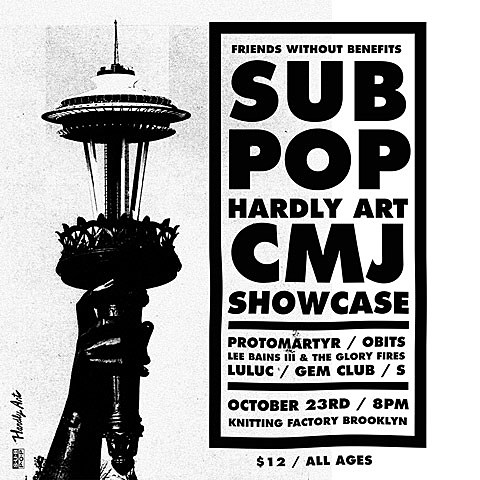