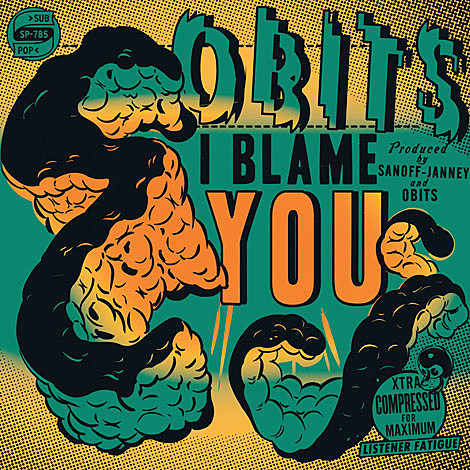 As previously mentioned, tickets are on sale for a March 27th Obits show at the Bell House with Lycaon Pictus, The Browns, and Rope. The show will celebrate the March 24th Sub Pop release of their new album, I Blame You.

"We're not into innovation as a band," says Froberg, who's already done his fair share of innovating with Drive Like Jehu and Hot Snakes. "I think innovation is overrated and an overestimated quality. Anything that's going to be original is going to happen without your control. Things that make your band sound like you, are things you wouldn't be able to change anyway. We just go ahead and play the stuff we like, and we don't worry about originality per se, because that takes care of itself."

Produced by Geoff Sanoff, Eli Janney and Obits, I Blame You is the band's debut full-length album.

Download track two, "Pine On" above. Full tracklist below.

Orphan is not playing the Brooklyn show, but they will play the five dates with Obits leading up to that one. Instead you can catch Orphan in NYC this Wedneday (tomorrow, 2/11) when they open for Warship and Goblin Cock at Highline Ballroom. All GC tour dates HERE. All Obits & Orphan dates below...

* with Bear Hands & Orphan
+ with the Lights