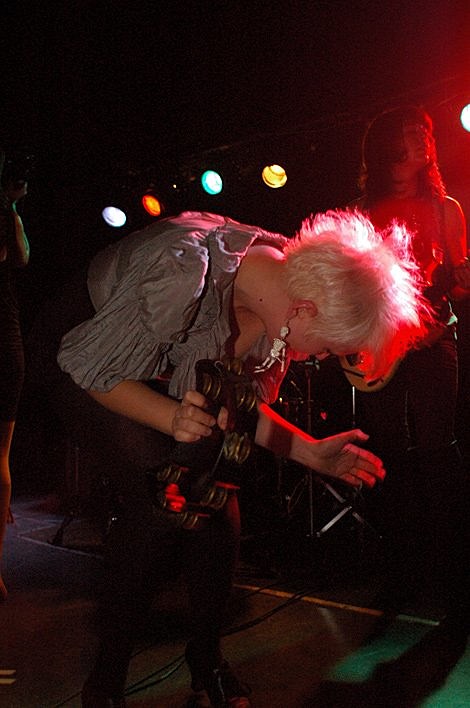 That is the description of a show happening at Secret Project Robot on Saturday night (Halloween), and speaking of BBQ, Mark Sultan (BBQ) is playing earlier at the Bell House that same night with King Khan. hmmm. The pair also play tonight (10/30) at Bowery Ballroom. The Junior Boys also play a show at The Bell House on Halloween.

Opening the KK/BBQ Bell House and Bowery shows are Dum Dum Girls who played Bruar Falls on Monday after a two-show Saturday at CMJ, the last of which was the Sub Pop / Hardly Art show that Golden Triangle also played with Obits, Pissed Jeans and others.

Obits also plays a show tonight (10/30). They open for Pinback at Irving Plaza.