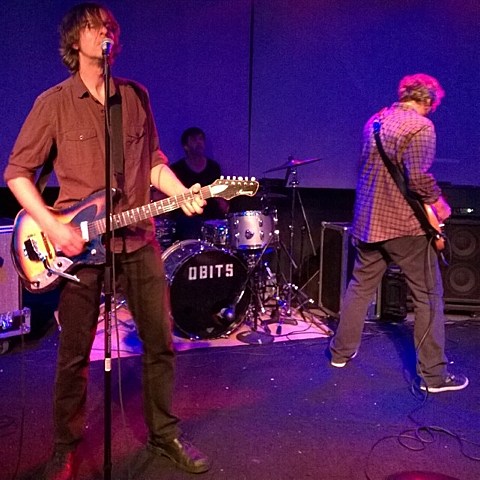 Brooklyn garage punk greats Obits played a one-off in their hometown this past Saturday (11/22) at Brooklyn Night Bazaar with Survival Knife, Hungry Ghost and Pink Avalanche. Anyone catch that? How was it? You can check out a video of them from that show, below.

Obits have now announced their next hometown show which happens New Year's Eve at Acheron, which is a pretty small venue and it sounds like this will be one of the rowdier NYE options in NYC. Tickets for that show are on sale now.

Obits frontman Rick Froberg is also one of the many Brooklyn artists taking part in this year's Brooklyn Rock Lottery which also includes members of Yeah Yeah Yeahs, Parquet Courts, Dismemberment Plan and more. Plus, since we last spoke, members of Girls Against Boys, Mutilation Rites, St. Lucia and more were added, as well as MC Tim Harrington (Les Savy Fav). Updated lineup below.