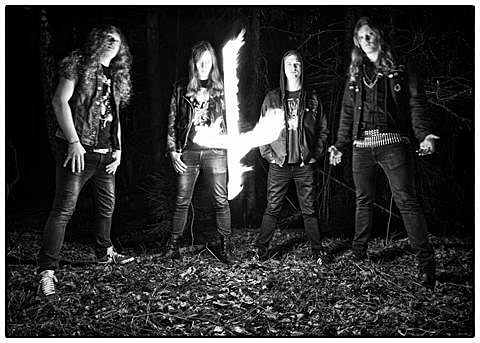 Norway's Obliteration put out one of strongest old-school death metal albums of 2013. Black Death Horizon even made it onto resident black metal partisan Wyatt Marshall's best-of-2013 list. Though these guys pop on record, I can imagine them really dominating live; this style of frantic, Autopsy-derived death metal is heavily geared towards the stage over the studio.

We'll get to put that notion to the test soon, as Obliteration are hitting North America for a ten-day tour in March which starts in Austin for SXSW and wraps up in Brooklyn at the Acheron on 3/22 with Fantom Warior, Fleshtemple, and Iron Force. No ticket info yet, but keep an eye out.

All tour dates are listed, along with a full album stream of Black Death Horizon, below.