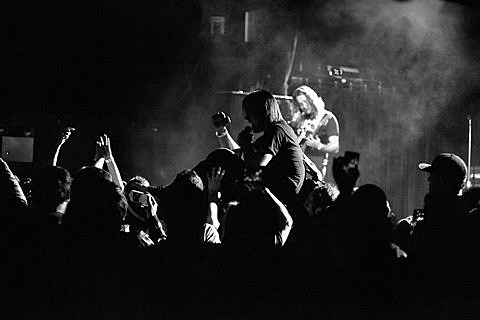 Texas bruisers OBN IIIs just released their new album, Third Time to Harm, via Tic Tac Totally. Orville Neely and the rest of the band only play at burner speed, and its another swell disc in their catalog of rippers. You can stream a couple tracks from it below.

The band burns brightest, and this shouldn't be surprising, live on stage. In that spirit, Castle Face is releasing a live LP, part of their 'Live in San Francisco Series,' on July 22. Here's label head (and Oh Sees head) John Dwyer with more:

If there's one thing I've learned in life it's this: don't buy drugs from strangers on the street while wasted. A simple yet effective rule. Evidently no one told these reckless Texans, OBN III's (pronounced Oh Bee En Threes). We've captured them at their sweatiest for our Live In San Francisco series at the Chapel, from the kickoff shows of the tour with Thee Oh Sees last fall.

We've got the premiere of "If The Shit Fits" from Live in San Francisco and you can stream it below.

While OBN IIIs are not on tour at the moment (or near future), you can catch Orville's other band, Bad Sports, on tour with Radioactivity (or, The Novice). That tour hits NYC at Baby's All Right on Monday (6/30) and tickets are still available.

OBN IIIs live cut and other streams, plus Live in San Francisco album art and tracklist, below... 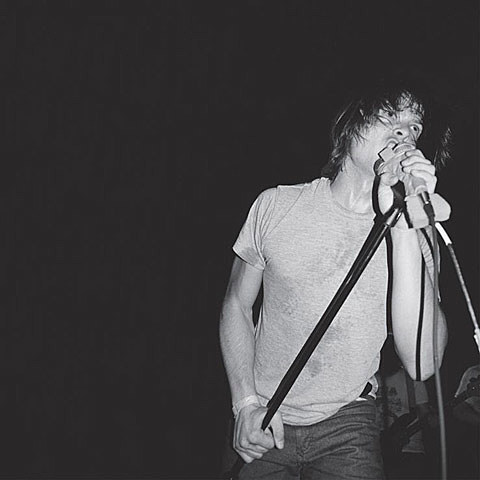 OBN IIIs - Live in San Francisco tracklist
1.Off The Grid
2.Runnin' On Fumes
3.So What If We Die
4.New Innocence
5.Damned To Obscurity
6.Uncle Powderbag
7.If The Shit Fits
8.No Time For The Blues