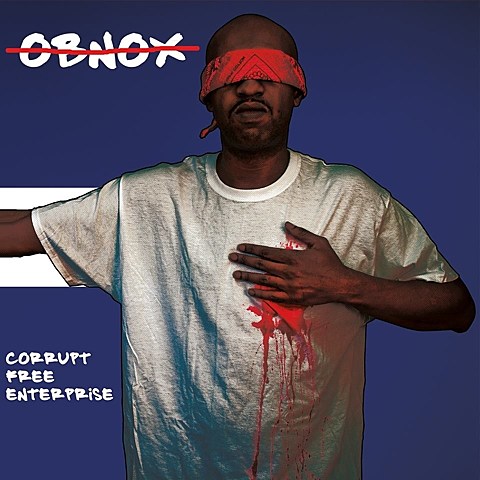 Cleveland punk musician Lamont Thomas has drummed in many bands (The Unholy Two, Bassholes, Puffy Aerolas, This Moment In Black History and still more), but Obnox is the project where Lamont is the sole concern. He's already got four full length Obnox albums dating back to 2011, his newest being this year's Louder Space which came out on Gerard Cosley's (Matador, Homestead) 12XU label. It's a lo-fi garage punk record, but elements of soul, R&B, hip hop and more poke through as well. Obnox recently put out a video (dir. Noah Rosenstein) for the tracks "Molecule" and "How To Rob (The Punk Years)" from that album, which you can watch below.

While we haven't seen an announcement for a full Obnox tour just yet, there are a few dates announced, including a NYC date happening on June 27 at Death by Audio. $7 at the door gets you in and the rest of the lineup is TBA. All currently known dates are listed below.

Meanwhile, The Unholy Two just released their newest album, Talk About Hardcore, this week, also via 12XU. Noise rock-infested post-hardcore is the concern here, with 10 tracks of seriously grimy sounding stuff. Recommended for anyone who thought the newest Pissed Jeans album was a little too lighthearted. You can pick up a copy at the 12XU webstore and stream the album in full (via Noisey) below.

The Unholy Two - Talk About Hardcore