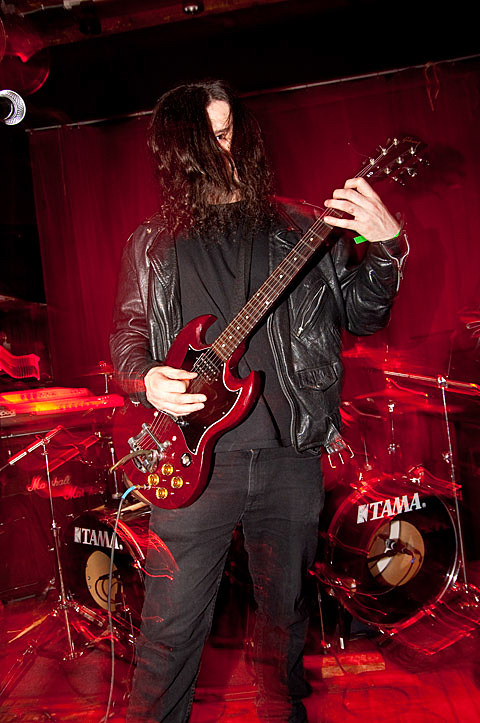 Negative Plane's Stained Glass Revelations was a triumph of darkness, utilizing unnerving and reverb drenched guitars to create a vision that was unique to black metal. Negative Plane isn't the singular vision of darkness for its members though; members of the band also serve time in bands like Agrath and the harrowing Occultation.

Unlike Agrath, Occultation shies away from black metal in technique for the most part, instead co-opting the genre's sense of dread to their gothic rock laced with psychedelia. Much like contemporaries in Jex Thoth and Sabbath Assembly, female vocals are the focus of Occultation, with bells, eerie organs and guitars playing second fiddle to overall atmosphere. The band is preparing to release Three & Seven via Profound Lore in North America and Invictus Productions overseas on April 17th and you can stream the new songs "Living Portrait" and "Dreamland In Flames" below, the latter of which makes its debut here today.

Reminder: Negative Plane will join Bone Awl for their 10th anniversary at Saint Vitus on Friday (4/6, tickets). The show is one of two for Bone Awl, who will also play a show at Red Light District on 4/7 in the Rockaways with FFH and Pharmakon.

Stream those tracks below.