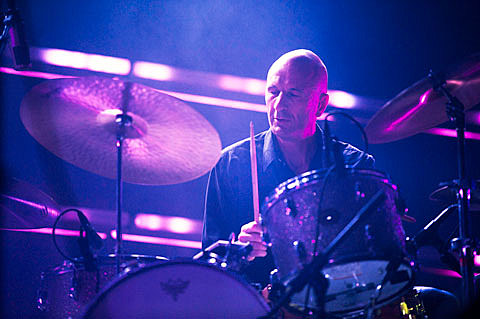 Occupy Wall Street posted a confirmation to the rumor that Radiohead is playing for them today at 4PM. One problem. The Wall Street Journal says:

"It appears that Radiohead will not be headed to Wall Street on Friday afternoon to perform for the protesters who have occupied Zuccotti Park for the past two weeks.

The band's representatives said in an email that there will be no show in support of the "Occupy Wall Street" demonstrators. "We can officially confirm this is NOT happening," wrote Steve Martin of Nasty Little Man, the firm that represents Radiohead.

Rumors of a Radiohead appearance swirled around the Internet and Twitter earlier Friday, capped by an email from a spokesperson for the loosely organized protest movement shortly after midday announcing what he termed a "show in solidarity" at 4 p.m. Friday.

Hmm. Who is telling the truth? Could they have planned to play, but backed out when they realized word got out? Could it not be "Radiohead", but something related? A Clive Deamer solo bongo set? We'll find out soon enough! Head to Wall St. at your own risk!