Off Future's Tyler the Creator with Trash Talk 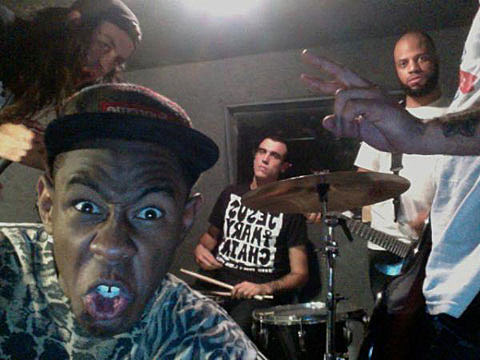 As mentioned on BV Chicago earlier this week, Odd Future announced some news and a tour that happens after the previously announced The Internet and Tyler the Creator/Earl Sweatshirt shows.

Odd Future will head out on the "Camp Flog Gnaw" tour in September, tagging The Paramount in Huntington, NY on 9/4 and Oakdale Theatre in Wallingford, CT on 9/8, along the way. Tickets for both of those shows go on sale at 10am today (7/20). All dates, which include Jay-Z's Made in America fest, are listed below.

Meanwhile, OFWGKTA member Frank Ocean is on tour, hit Austin last night, and will be in NYC for a sold out show at Terminal 5 on 7/26, THE SAME NIGHT Tyler, The Creator and Earl Sweatshirt play NYC's Best Buy Theater with Raekwon and Asher Roth. Earl joined Frank on stage for "Super Rich Kids" in LA. Hopefully NY will get some of the same action. Listen to Frank's album Channel Orange at Spotify. All remaining tour dates are listed below.

And speaking of on-stage collaboration, Trash Talk are currently on a west coast tour with SpaceGhostPurrp and were joined by Tyler the Creator at their Anaheim show last night (7/19). Trash Talk will release their new record in the fall on Odd Future Records which also has new albums coming from Odd Future members Mellowhype, Domo Genesis, Mike G, and Tyler the Creator.

Domo Genesis' album, No Idols, is the first upcoming release. It's due out on August 1, and you can listen to/download the lead single "Elimination Chamber," featuring Earl Sweatshirt, Action Bronson, Vince Staples, and The Alchemist, at the bottom of this post. MellowHype's Numbers is due out on October 2. Take a listen to a new track for the album, called "La Bonita," below. Trash Talk release their new record, 119, on October 9, and Tyler, the Creator's Wolf is due out sometime in November.

Songs and all tour dates below... 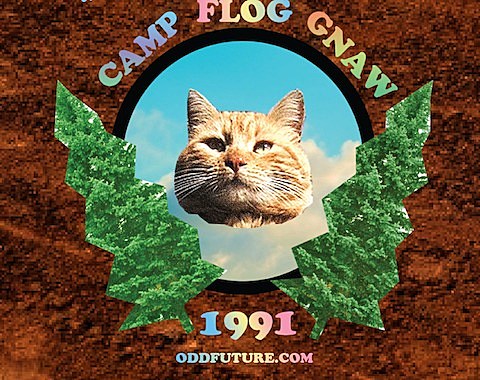