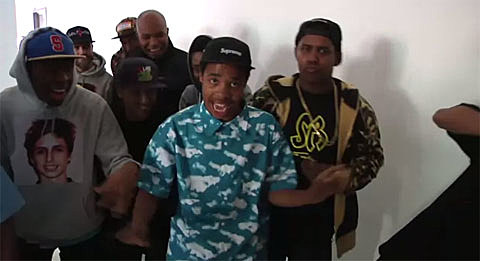 Odd Future's show tonight at Hammerstein Ballroom is still not sold out. You can also get tickets to the afterparty which is happening at Santos Party House with OF DJ Syd Tha Kid, Zebra Katz & Spoek Mathambo (DJ). Flyer below.

The Sub Pop-signed Spoek was just at SXSW and plays his own show at SOB's on 3/22.

Odd Future, Earl Sweatshirt included, dropped a new video today for "Oldie" off The Odd Future Tape Vol. 2, filmed by Lance Bangs (NOT LESTER as I accidentally typed and posted before) during a Terry Richardson photoshoot. The group writes "At A Photoshoot, We Said Our Verses Into A Camera While This Song Was Playing In The Background. Why Not Release it." You can watch all 10+ minutes, and a Hot 97 interview with Earl Sweatshirt (his first interview ever according to FADER), below. 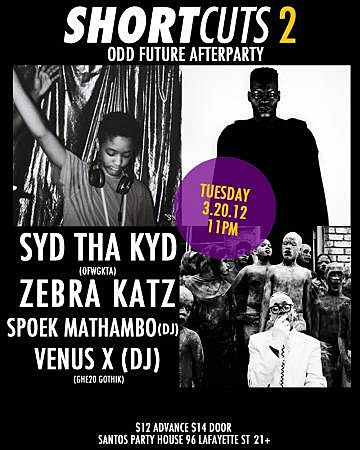