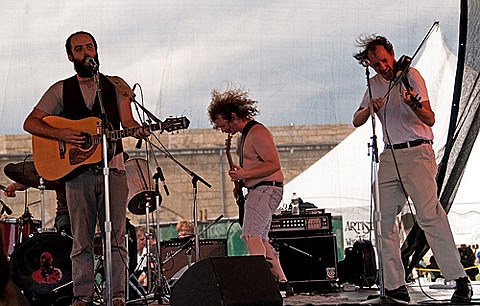 "The only way O'Death could be a better name for a Gothic folk-punk band would be if the band only performed on St. Patrick's Day. As it is, the New York group plays grippingly intense Americana, in the process bringing to mind the white-knuckle hellrides of 16 Horsepower. Here, O'Death plays songs from its latest album, Broken Hymns, Limbs and Skin, at the Newport Folk Festival in Newport, R.I."
[stream their Newport Folk Fest set @ NPR]

After some depressing setbacks, O'Death are back. You can stream their recent set from the Newport Folk Festival at NPR, and catch them live, tonight (8/20), at the Rock Shop.

Opening the Rock Shop show are The Goddamn Rattlesnake and Deer Tick associate Jonny Corndawg WHO IS ALSO playing Union Pool tonight with Lucero associates Glossary (who are on a short Northeast tour).

Jonny Corndawg also plays Knitting Factory (again) on October 8th with.... Wanda Jackson! It will be Wanda'a 2nd show at the new-ish Brooklyn venue. The queen of rock also played there in February. The Lustre Kings also play the October show, and tickets are on sale.

More pics of O'Death @ Newport, with some Corndawg videos and all dates below... 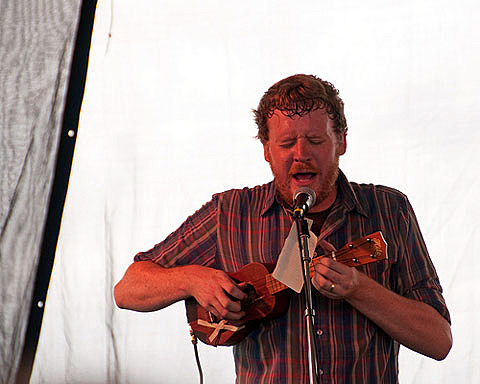 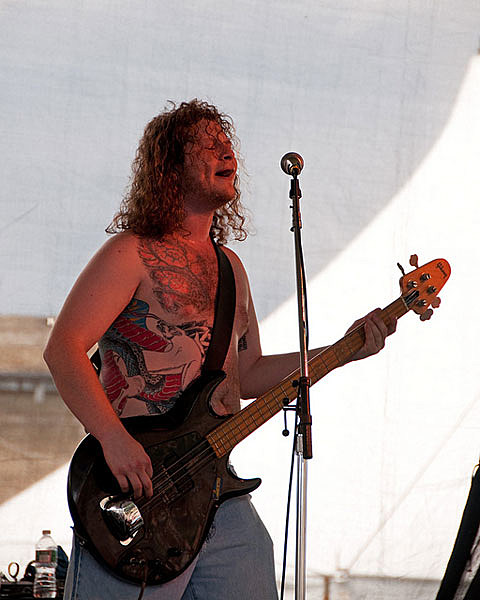 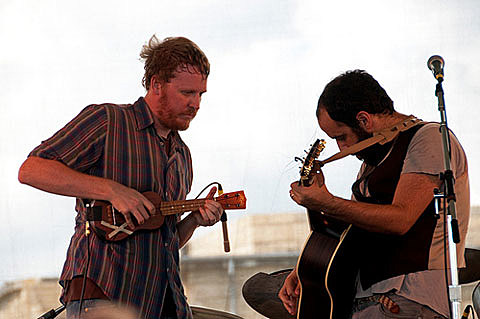 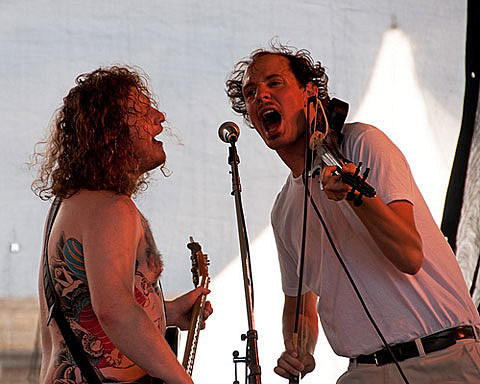 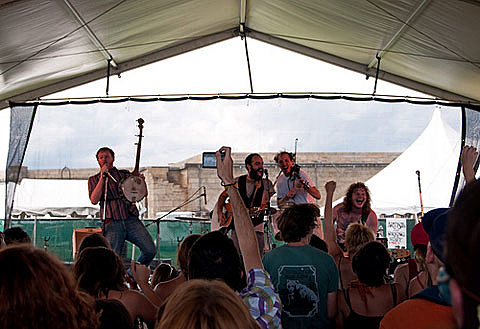