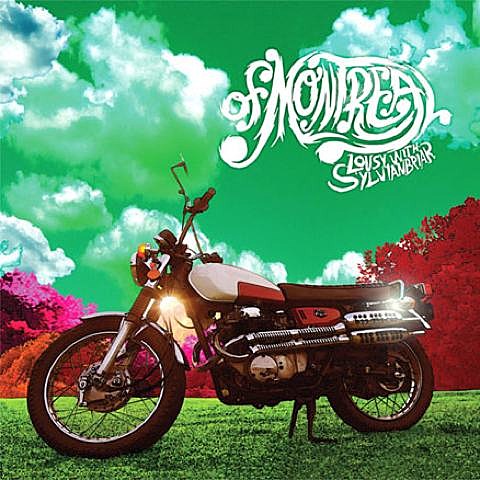 Of Montreal return with a new album, titled lousy with sylvianbriar, on October 8 via their longtime label Polyvinyl. That's the cover art above. The record was recorded in San Francisco with engineer Drew Vandenberg (Deerhunter, Toro y Moi), with the full OM band, and was made in only three weeks. Says main man Kevin Barnes:

I knew I wanted the process to be more in line with the way people used to make albums in the late 60s and early 70s. I wanted to work fast and to maintain a high level of spontaneity and immediacy. I wanted the songs to be more lyric driven, and for the instrumental arrangements to be understated and uncluttered.

There's definitely a '70s vibe to first single "fugitive air," with some very prominent slide guitar. You can stream it -- and check out the album's tracklist -- below.