Of Montreal @ Highline Ballroom in January (more by Benjamin Lozovsky) 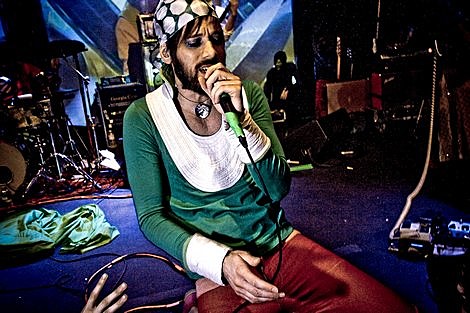 False Priest, the forthcoming record by increasingly glammy and theatrical Of Montreal, will be their tenth album. It's due September 14th through their label Polyvinyl. The record's first single, "Coquet Coquette," above. A second track, "Hydra Fancies," which will also be part of The Believer's Music Issue, has also turned up online.

The album, co-produced by Kevin Barnes and Jon Brion, features contributions by indie/pop crossovers Janelle Monáe and Solange Knowles. Both have been known to perform with Of Montreal at the band's gigs (at Terminal 5 even). And there's good odds the band will jam with Janelle, the confirmed opener, at their brand-new Terminal 5 dates on Friday, September 17th and Saturday, September 18th. Tickets go on AmEx presale Wednesday at 11am. General sale starts Friday at noon. Who knows, maybe Susan Sarandon will even show up to spank people again.

All tour dates, appropriately weird album art and tracklist are below... 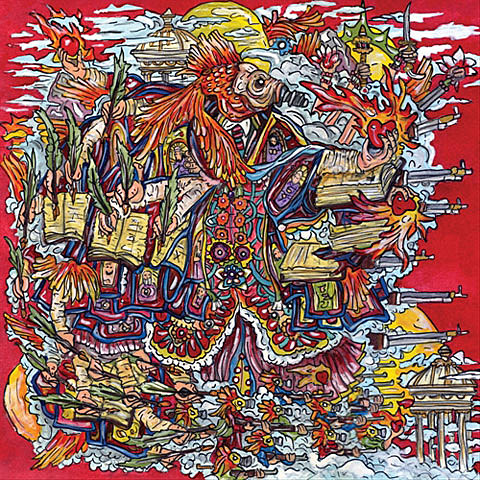