DOWNLOAD: James Husband - A Grave in the Gravel (MP3) 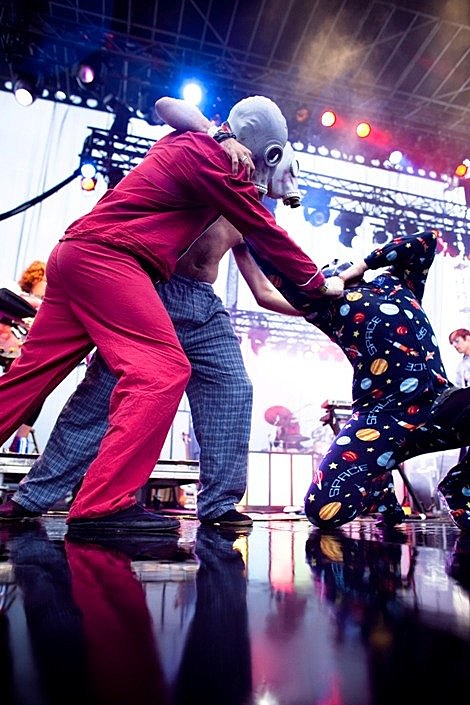 The anticipated new of Montreal album may or may not be complete. Kevin Barnes says it all depends on how some upcoming sessions with Jon Brion work out. Barnes, who's always worked at home, alone, will meet up with Brion in early spring to work on the 16 songs that will likely make the new record. "If I wasn't going to go out there with Jon then they'd basically be done. They could be done. If I go out there with Jon and we both decide it's not working or whatever, I'll still have an album. And if I go out there and figure this is really great, then I'll have a different album," he says. Either way, the album won't be Skeletal Lamping over again. Barnes says the band is using this break to rethink their live performances, and have made an album that accommodates that. His plans are ambitious: he'd like to get rid of of Montreal's pre-recorded backing tracks, and round out the band line-up to ten or so musicians. "We're going to try to do something closer to the kind of bands that Curtis Mayfield or Stevie Wonder had in the '70s," says Barnes. [Stereogum]

Of Montreal's follow-up to Skeletal Lamping will include "cameos from Solange Knowles, Janelle Monae and "one or two other people..."

More importantly, Of Montreal is launching a last minute tour in Baltimore on January 25th. They hit NYC's Highline Ballroom the very next day (1/26). Tickets go on sale at noon. All dates are with James Husband "which features longtime of Montreal band members Husband, alongside Dottie Alexander, and Davey Pierce". All dates below...