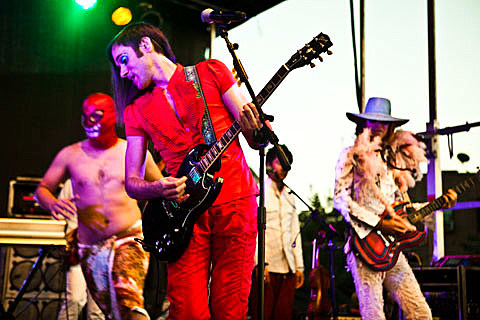 Starting with a long drum intro, the band went straight into "Suffer For Fashion" followed by one of the only two new songs of the night. Each song, however was a powerhouse. "She's A Rejector" had the crowd jumping; "St. Exquisite's Confessions" had everyone swaying to sexy saxophones; a cover of "Immigrant Song" had the audience headbanging. There was a hefty dose of Hissing Fauna and Skeletal Lamping tunes, including all 14 minutes of "The Past Is A Grotesque Animal" which I still hold to be their best live song. The 10 minute slow burn crescendo of a song, featuring K. Ishibashi's screechy violin and Barnes strained yells (when he goes into a gravelly scream, he sounds best), was an appropriate set closer, juxtaposing the low volume of the set before it. The sound issues weren't the bands fault: the event just happened to be in the middle of a semi-residential area. [CMJ]

of Montreal played a Northside show at McCarren Park last Friday (6/15) with Jens Lekman, The Thermals, and Beach Fossils before heading to Toronto for NXNE. Pictures of Jens Lekman from McCarren Park are HERE. More pics and the setlist from of Montreal's set are below... 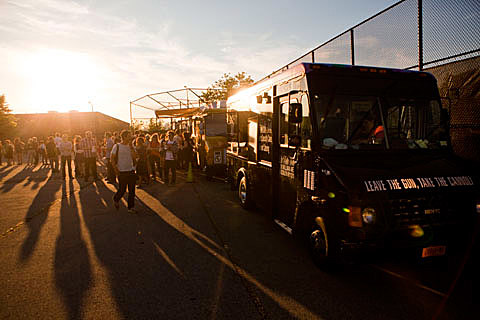 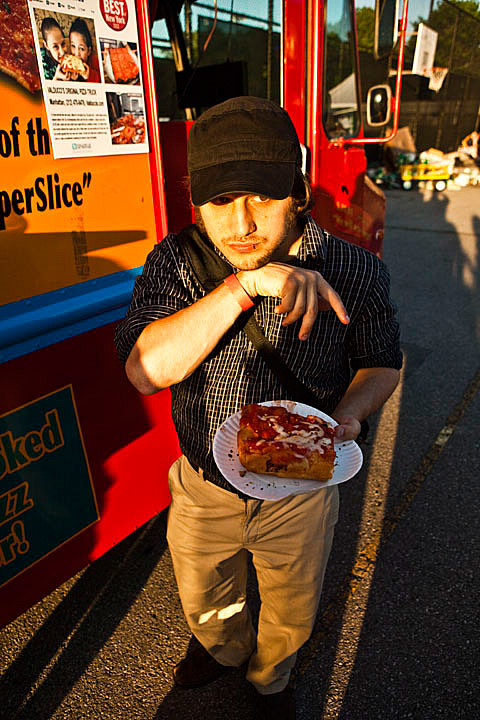 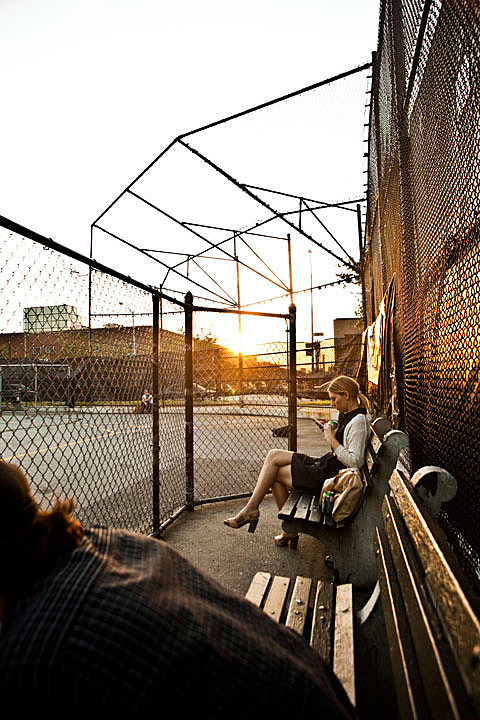 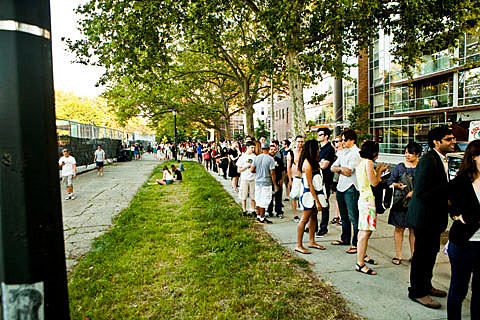 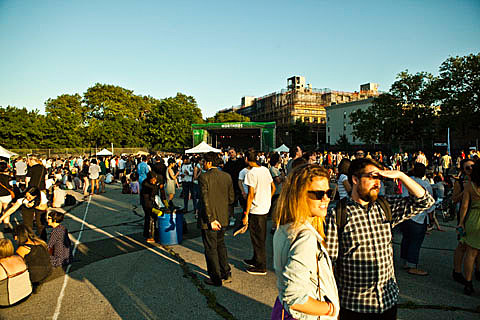 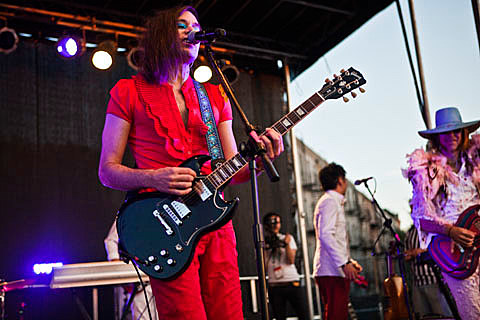 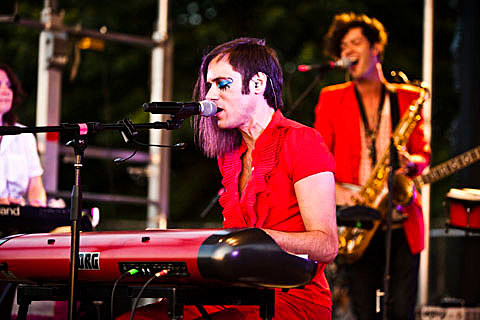 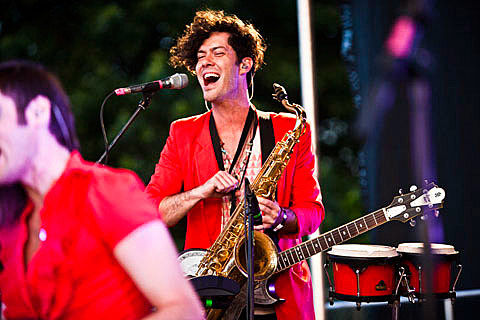 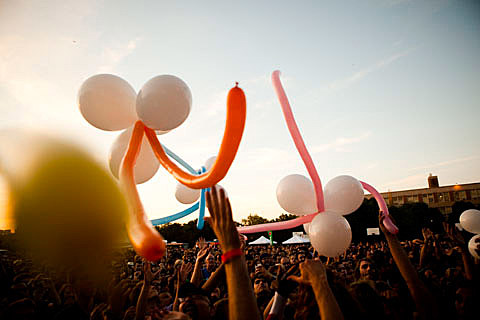 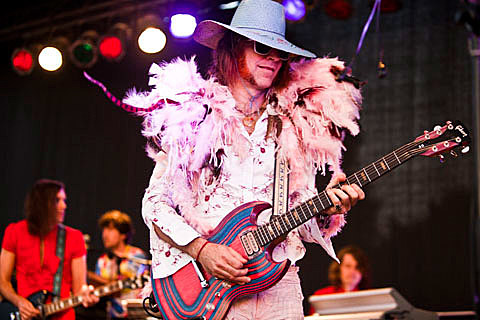 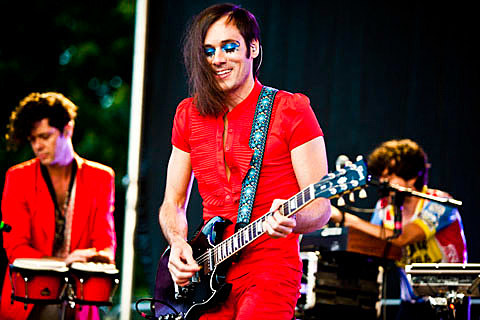 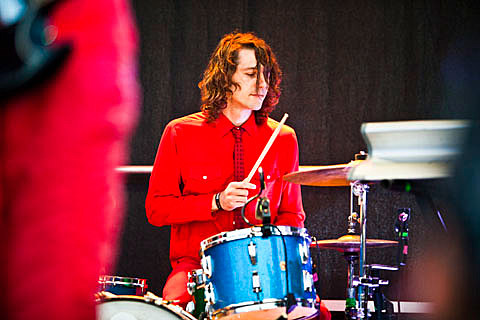 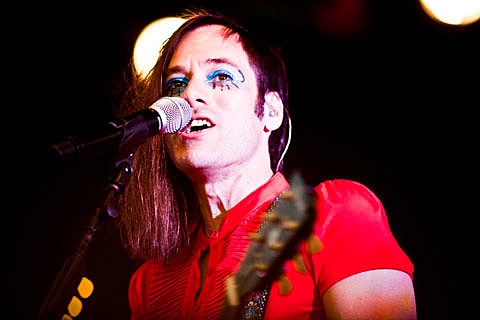 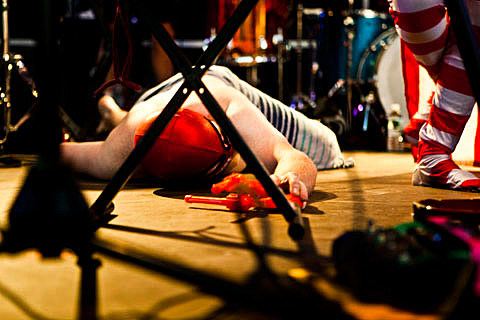 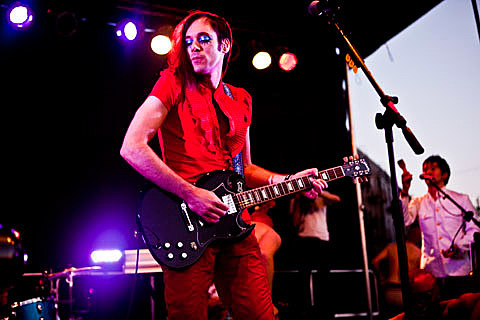 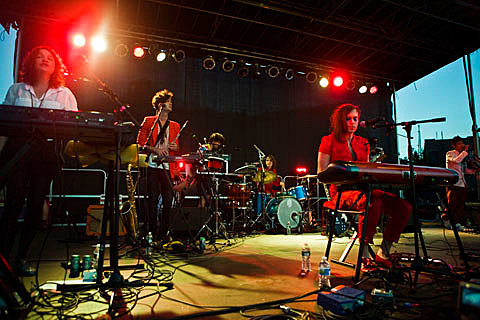 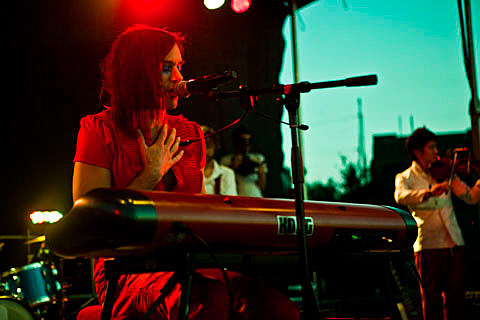 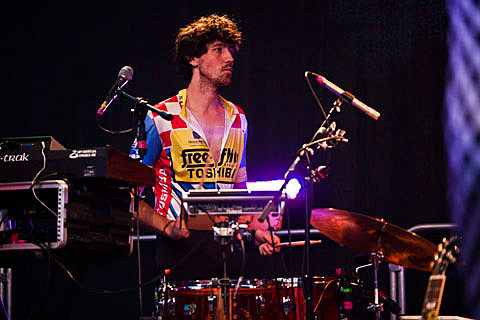 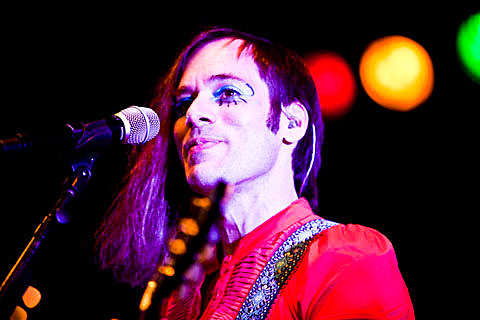 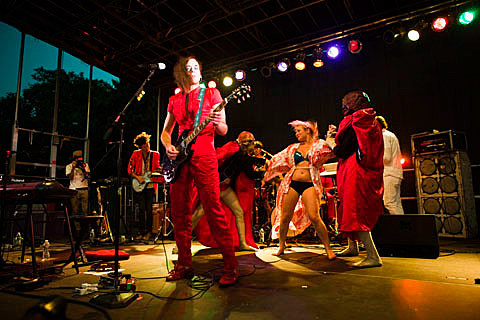 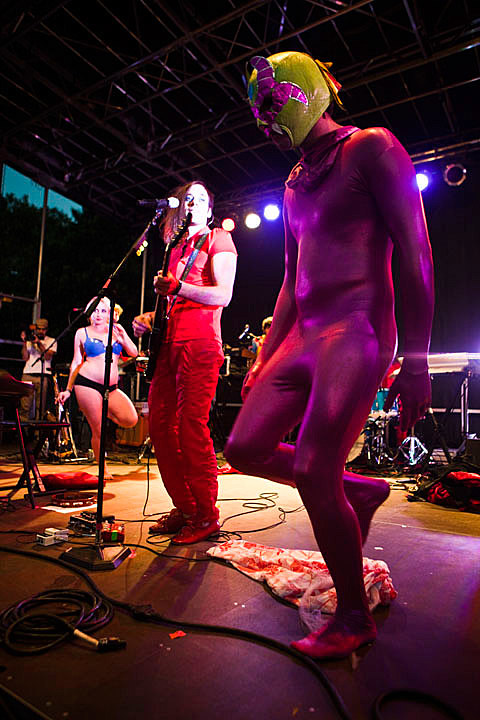 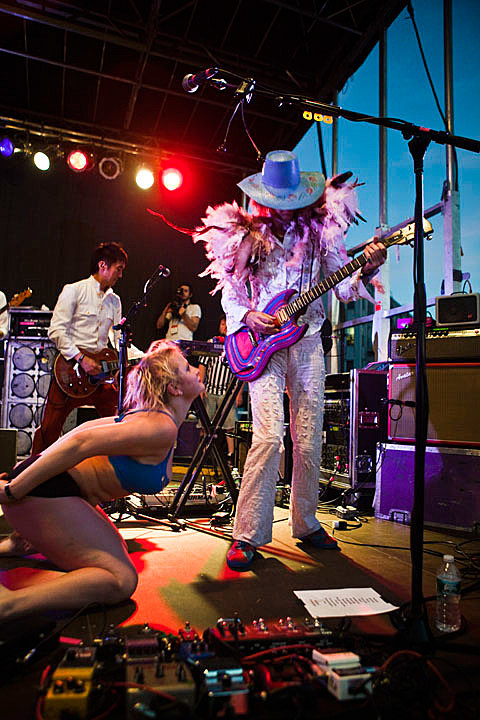 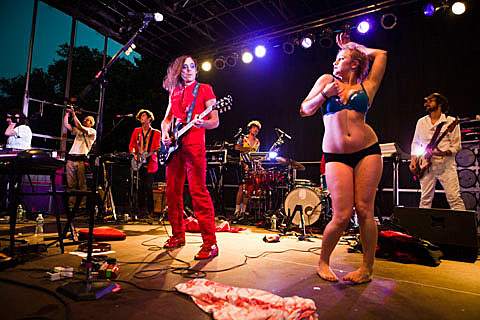 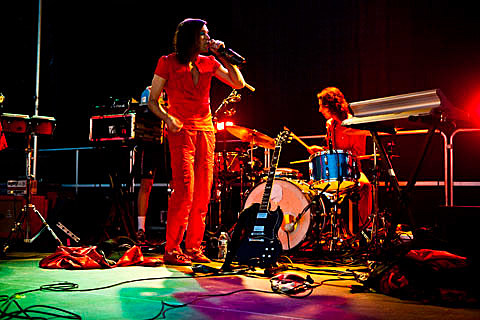 of Montreal - McCarren Park 6/15/12 Setlist: (via)
Suffer for Fashion
Spiteful Intervention
The Party's Crashing Us
Forecast Fascist Future
We Will Commit Wolf Murder
Immigrant Song (Led Zeppelin cover)
She's a Rejecter
Nonpareil of Favor
You Do Mutilate?
And I've Seen a Bloody Shadow
Plastis Wafer
St. Exquisite's Confessions
Heimdalsgate Like a Promethean Curse
The Past Is a Grotesque Animal