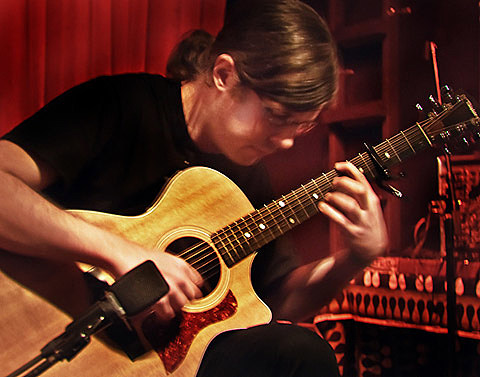 Saint Vitus and Singe Valah Productions will host "Of Stardust", a two-part event on 11/3 that will double as both an exhibition for "Where Purgatory Ends" by Costin Chioreanu, and a show directly after. The event kicks off at 6PM with some complimentary wine and the exhibition, a US exclusive of Chioreanu's works accompanied by the recorded soundtrack of the artist and Rune Eriksen (ex-Mayhem). Listen to some of that audio below. For some examples of the art of Costin Chioreanu head here.

The exhibit will remain up as the event transitions to a live show at 8PM with performances by Musk Ox, Daniel Menche, Ocrilim (Mick Barr), and Kevin Hufnagel, all delivering sets until the evening closes. The Musk Ox and Daniel Menche performances are both one-off appearances. Advance tickets are on sale for the show (for $13), or you can get yours at the door ($15).

Alternately, and on a much bigger note, Rune Eriksen's old alma mater, Mayhem, will be in NYC that same night for a show at Gramercy Theater that's being billed as the "pre-game" for Metal SuckFest which is at the same venue the next two nights (11/4 & 11/5). More Mayhem dates HERE.

In also related news, Kevin Hufnagel will be at Saint Vitus on 11/5 as well, this time performing as part of Vaura for their appearance with Rosenkopf and Anatomy of Habit, the latter's exclusive area appearance. Tickets are still available for Anatomy of Habit, a BrooklynVegan/Wierd production.

Check out some "Where Purgatory Ends" video and the soundtrack to said exhibition, along with a teaser for Metal Suckfest below.

..Of Stardust - Where Purgatory Ends US Premiere (video spot)

WPE - An Empire Beneath Oblivion by twilight13media 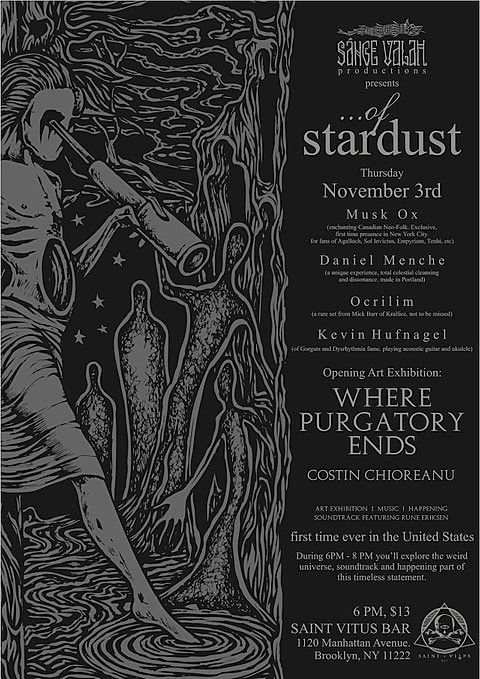