OFF at House of Vans (more by BBG) 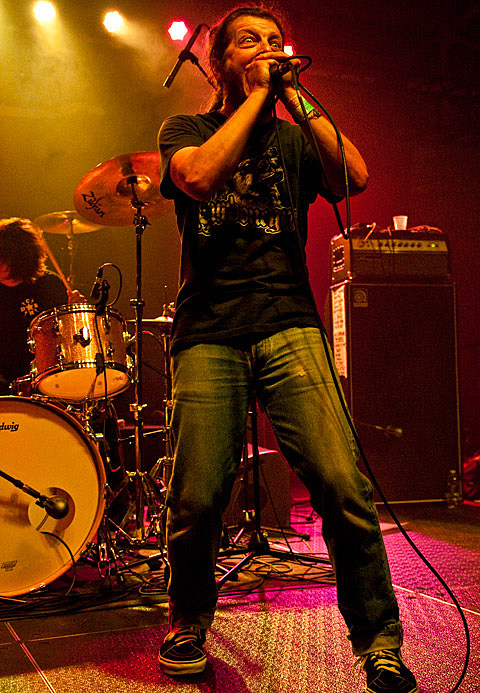 OFF! have been keeping busy in the studio working on a new album which is already recorded and possibly even mixed by now. Stay tuned for more info.

Meanwhile, as you know, Off! will head down to Texas to play Bro Fest and shows during the SXSW festival (including the BV/Power of The Riff show).

The crew also recently announced participation in the Burgerama Festial in Santa Ana, CA on March 24th. The fest (brought to you by Burger Records) will feature Wavves, Strange Boys, Ty Segall, and many others. Tickets are on sale. Flyer below.

Off! have also just announced a NYC show on May 29th at Bowery Ballroom (right before they fly to Spain for Primavera Sound). Tickets go on AMEX presale at noon on 2/29 and regular sale on Friday.

All tour dates, that Burgerama flyer and some video including some of No Flag (No Age + Black Flag), below... 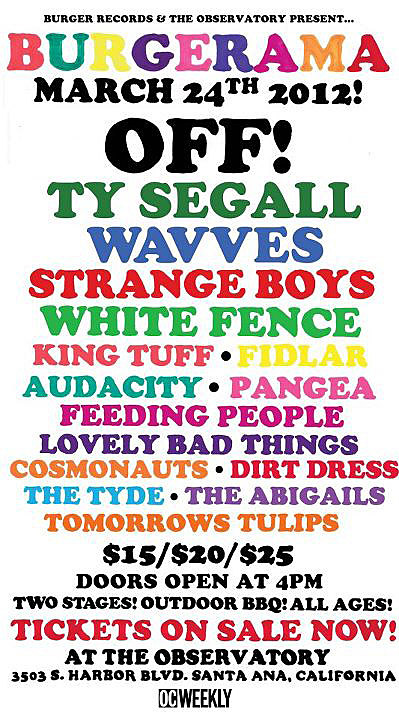