The Spits at Knitting Factory, March 2012 (more by Keith Marlowe) 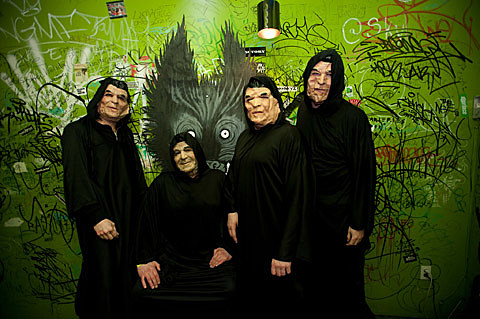 In addition to playing Gonerfest and Hopscotch, The Spits will hit the road for a string of dates supporting OFF! in October that will wrap up at Fun Fun Fun Fest in Austin. Tour kickoff goes down in NYC with a show at Irving Plaza on October 16. Tickets go on presale on Wednesday (8/15) at 10AM with regular sale hitting on Friday (8/17) at 10AM.

If you missed it, we recently posted a new live video of OFF! at Amoeba over at BVAustin. They'll play that city and the southern part of the US as part of a tour with Negative Approach, Double Negative and Power Trip prior to this set of shows with The Spits.

All listed tour dates and the recent "Fed Up" video by The Spits, below...