Still from OFF!'s "Wiped Out" video 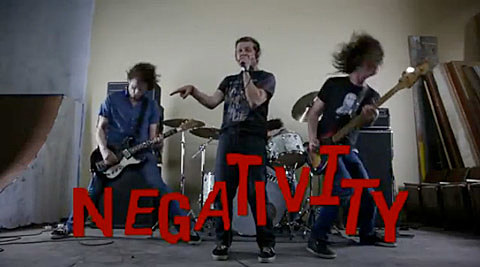 OFF! are back with their first official LP due on May 8th via Vice Records. The self-titled LP is the source of the recently released "King King Brigade" and a track called "Wiped Out" which now has a video which makes its debut here. Watch it below. Preorder a copy of the album on vinyl or CD.

As previously discussed, OFF! are touring in May and July (with Refused), and are scheduled to play two NYC shows in those months, including May 29 at Bowery Ballroom with Cerebral Ballzy and The Coathangers (tickets) and July 18th at Williamsburg Park with Refused (tickets).

They've since added even more shows in Europe. All dates, the new video and a stream of "King Kong Brigade", below...