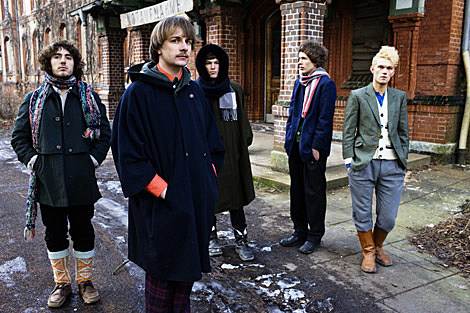 Denmark's Oh No Ono are set to make their NYC debut early in the new year, playing Mercury Lounge on Jan 27 (with Bear in Heaven) and Union Hall on Jan 28 -- the same week as their second album, Eggs, gets its U.S. release via Friendly Fire Recordings. You'd be forgiven for making Mew comparisons, and not just because they're both Danish. They've both got otherworldly vocals and a sound that leans towards the epic side. But where Mew are fully in the rock world, Oh No Ono are harder to categorize. Eggs is all over the place -- you get honey-glazed pop, angular new wave and, on their current single "Swim," hazy grandiose-ness a la Grizzly Bear. Be sure to check the creepy/funny video for "Swim" too, which is below, along with all dates...