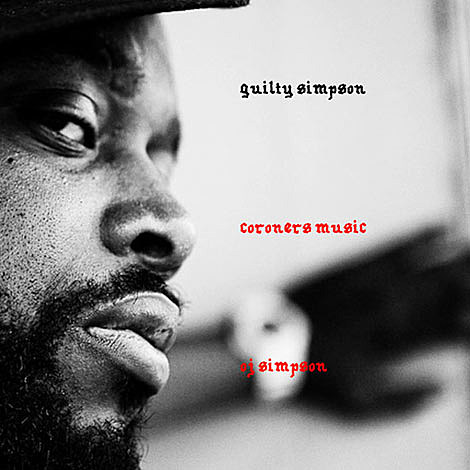 Before we go any further, no, Mr. Bloody Glove has not released a solo record. Yet. (More on that below). BUT, Jedi Mind Tricks frontman Vinnie Paz is prepping his. Vinnie Paz recently dropped the early-Wu-tastic single "Drag You To Hell" which is currently streamable here and available via iTunes here. The track comes from his upcoming solo LP The Assassin's Creed, which features appearances from Beanie Sigel, Clipse, and Freeway as well as production by Madlib, Lil Fame (M.O.P.), Da Beatminerz, and 4th Disciple (Wu-Tang) among others.

Jedi Mind Tricks will hit the road in mid August for a west-midwest-east tour with Esoteric (of 7L & Esoteric) and Reef the Lost Cauze that includes an NYC show at Highline Ballroom on 9/13 and a show on L.I. at Crazy Donkey the night before. Tickets for Highline are on sale.

Speaking of Madlib, the Beat Konducta has announced his collaboration with Guilty Simpson for an album named, er, OJ Simpson (Madlib's real name is Otis Jackson). The new track "Coroner's Music" (available above) comes from an LP due on the mighty Stones Throw this fall (and a 12" that is out now), and features Strong Arm Steady, Elzhi (of the recently reunited Slum Village who played Rock the Bells at Jones Beach on July 19th), as well as cuts from the great J.Rocc.

Speaking of Rock the Bells (and Wu-Tang),

Between the end of Wu's set and the beginning of Slaughterhouse's, Method Man and Joe Budden were seen walking together in the parking lot. The two took their time quashing the beef.

When Slaughterhouse, which also includes Royce da 5'9", Joell Ortiz and Crooked I, took the stage, they publicly announced the end of the short-term feud.

"It will never be a beef with Wu-Tang clan," Royce said. He then revealed the convo between Meth and Budden, saying the situation was "squashed." [MTV] 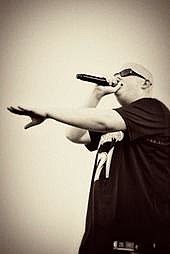 Annnnnd while we're on the subject, Evidence (who performed At Jones Beach with The Alchemist as Step Brothers) will hit the road this coming fall with Brother Ali, BK One and Toki Wright for a US tour in celebration of Brother Ali's new LP on Rhymesayers, US. Evidence recently signed with Rhymesayers, and will release Cats & Dogs via the label in 2010. The Alchemist's new album, Chemical Warfare, is out NOW and features appearances from Kool G Rap, Eminem, Prodigy (of Mobb Deep - recorded before he hit the lock-up I'm assuming) and many others.

The NYC Brother Ali date is November 7th at Irving Plaza. Tickets for the whole tour are now on presale. All dates below.

Founders of the Rhymesayers crew, Atmosphere are on tour, and hit Webster Hall in NYC TONIGHT (7/27).

Stones Throw badass Peanut Butter Wolf is scheduled to perform at All Points West this weekend (July 31 - Aug 2). Jay-Z, KOOL Keith, Q-Tip, Pharcyde, Organized Konfusion, The Cool Kids and others will also be part of the Jersey City festivities.

Video of Step Brothers @ Rock The Bells, as well as all tour dates are below...