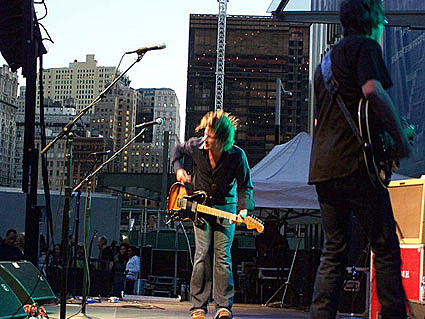 Went to see the Old 97s today...Perfect venue...a bit cool, early evening (no worries about safety getting home), and the LOUD didn't matter; it was outside. The sound wasn't great, really bassy, but with all the concrete & glass around, no surprise. They played a great 50 minute set. I really enjoyed it. [Putting the New back in New York]

They opened for the Hold Steady, and the band called Illinois played the free show before them. Old 97s front-man Rhett Miller is playing the Blue Note on September 20th - early & late. More solo dates below....