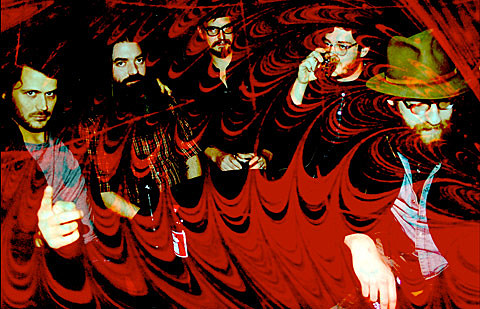 Evan Patterson will step out of his role as honcho for Young Widows to front Old Baby, a new project featuring members that have served time with Slint, Shipping News, Phantom Family Halo, and many other projects. The band's new LP, entitled Misunderstanding Human Behavior, is due via Hawthorne Street at the end of February. Check out "Pale as Man" streamable below.

The band will celebrate with a trio of dates in the Northeast, including 2/11 at Saint Vitus with Phantom Family Halo and The Loom (who played Mercury Lounge last night). Tickets are on sale.

Phantom Family Halo is also welcoming a new release, and the Saint Vitus appearance will be its coming out party. When I Fall Out is due on 2/14 via Knitting Factory Records, and you can stream some material at their Facebook page.