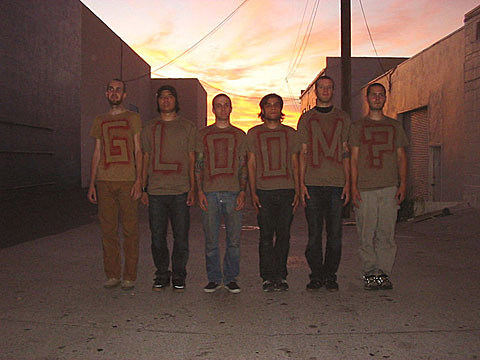 Old Man Gloom is a sludge/doom metal/post-metal band originally formed in Santa Fe, New Mexico, United States [in 1999], but now based in Massachusetts. The group, formed by Aaron Turner of Isis and Santos Montano, has now expanded to become a sort of supergroup in the Boston hardcore and metalcore scene. The group is less a band than it is a recording project for a variety of talent. -[Wiki]

Old Man Gloom is a project that consists of members of many bands, and I am definitely excited to hear they are banding together again for what looks like an East Coast tour (!) including a stop in Brooklyn at Europa on May 8th with The Austerity Program and Psychic Limb. Tickets for that show are on sale. All (known) tour dates are listed below.

Old Man Gloom on the road will reportedly consist of Aaron Turner (Isis, Mamiffer), Santos Montano (Zozobra), Nate Newton (Converge, Doomriders), Caleb Scofield (Cave-In) and Luke Scarola. So far, no word on a follow-up to their massive Christmas LP from 2004.