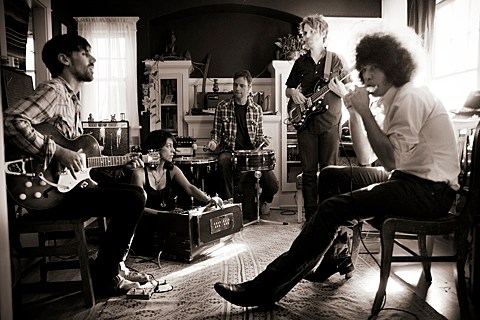 Old Testament is another band led by Jason Simon (singer/guitarist of long-running LA psych band Dead Meadow), which also features former Black Angels member Nate Ryan, plus Oak Munson and Ryan Rapsys who played with Nate in Shine Brothers, and Jessica Senteno on harmonium. Their self-titled LP comes out next week (9/9) via Xemu Records and you can get a taste of it from new single "Movin' On," which premieres in this post. It's lazy-Sunday, sorta psychedelic Americana that should appeal to any fans of the members' other projects. Check it out below.