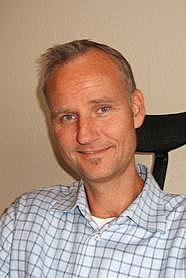 Sad news for the metal world: Bilboard reports that Oliver Withöft, co-owner of German metal label Century Media, has died at the age of 49. Withöft, who joined the label a year or so after it's founding in 1988, had withdrawn from daily operations at Century Media due to an undisclosed heart condition some time last year, according to Metal Injection. Various industry professionals and musicians, including Nachtmystium's Blake Judd, have expressed their condolences. Øystein G. Brun of Norweigan black metal band Borknagar, who are signed to Century Media, offered the following on behalf of the band on their Facebook page:

"We have just received the very sad news that co-founder and CEO of Century Media Records, Oliver Withöft, passed away at an age of 49.

This is a utterly sad day for everyone associated to the Century Family and it is a day of great loss for the music business in general.

But first and foremost we want to express our deepest condolences to his closest family!

A great man has fallen!"

Century Media is and has been home to many important metal acts, including Celtic Frost, Pentagram, Eyehategod, Blind Guardian, Deicide, Behemoth, Satyricon, Ulver, Emperor, Taake, Opeth, Immolation, Arch Enemy and many, many more, as well as hardcore acts like Earth Crisis, Sick of it All and Cro-Mags.