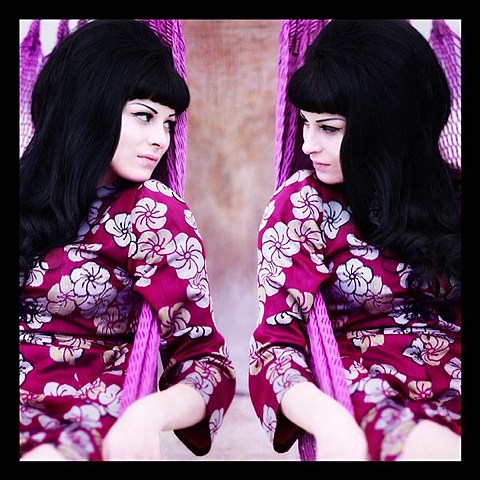 Back in 2010, Jack White "discovered" The Black Belles, signed them to his label Third Man, and some pretty high-profile appearances -- like one with Stephen Colbert -- followed. We haven't heard much from them since 2012, but earlier this year frontwoman Olivia Jean (also a backing musician for Jack, Wanda Jackson and Karen Elson) released her Jack White-produced solo debut, Bathtub Love Killings, on Third Man. As you may expect from a Black Belle, it's a blend of garage rock, rockabilly and girl-group harmonies, and there's at least a couple moments when Jack's fingerprints can clearly be heard. You can listen to the whole album (via Diffuser.fm) and watch the video for "Reminisce" below.

Olivia is continuing to support the album with a short tour that kicks off in Nashville on Friday (12/5) and comes to NYC on December 10 at Rough Trade with another Jack White-loved band, The Dough Rollers who put out an EP on Third Man this year. That show starts at 8 PM and is FREE, no wristband required.

All dates are listed, with the LP stream and video, below...