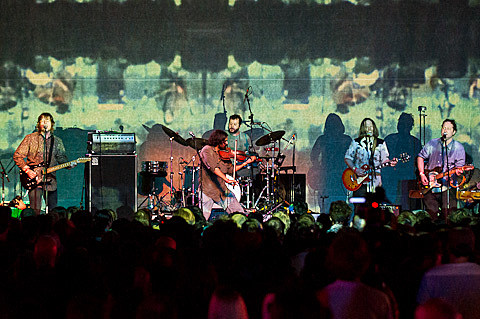 Olivia Tremor Control, who just played Austin Psych Fest, have a few scattered dates scheduled around Europe and the states, including shows at Primavera Sound, Pitchfork, and Elephant Six stronghold of Athens GA. In addition, the band has announced a lone stop in the Northeast (so far), hitting NYC on June 16th at Music Hall of Williamsburg as part of the Northside Festival. Tickets go on sale Friday (5/11) at noon OR you can try to get in with your Northside Festival badge.

All tour dates and a live video from the Dallas show they played the night before Austin, below....