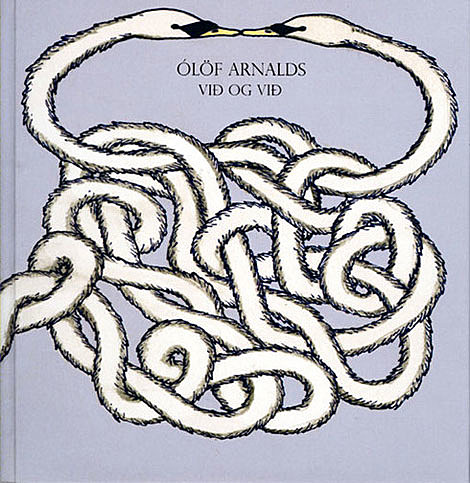 Ólöf Arnalds's beautiful debut album, Við og Við, will be released in the US by One Little Indian on January 12th. Grab track #1 above for free right now! That's the cover art up there too.

NYC is becoming a second home for Olof who is back in town again and will be joined by fellow Icelandic musician Kjartan Sveinsson of Sigur Rós at the Whitney Museum of American Art on November 6th.

Cage a Swallow Can't You But You Can't Swallow A Cage: A Sonnet Sequence for Roni Horn

November 6
Performances at 7 pm and 8 pm

Composed in honor of Roni Horn by poet Anne Carson, this performance of sung and spoken word features a mix of voice and harmonium. Icelandic musicians Olof Arnalds and Kjartan Sveinsson of Sigur Ros, join Carson and poets R. Currie and Penelope Thomas for this special program.

"Whitney Live is free with Museum admission, which is pay-what-you-wish on Fridays from 6-9 pm. Seating is on a first-come, first-served basis. Reservations are not accepted."

That is one of two (actually three) chances you have to see Olof in the next week. She will also return to Rockwood Music Hall for a show on November 9th (10pm set).

In September Olof stopped by KEXP's studios to perform some songs. Check out those videos below...