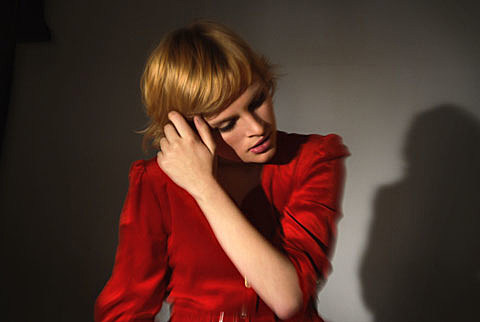 Olof Arnalds recently finished up a new album, which is her first original album recorded entirely in English. The album was produced by long-time collaborator Skuli Sverrisson. Olof will be premiering material from the new album today (5/14) between 2-3 PM on WNYC's Soundcheck.

She's also in NYC for a show TONIGHT (5/14) at Rockwood Music Hall, where she'll be performing with Skuli Sverrisson. Doors for tonight's show are at 6:30 PM. Tickets are available.

Olof and Skuli will play another US show on Thursday (5/17) in LA, which will be streamed live on Dublab from 10 PM - midnight PDT.

All dates and a video of Olof with her sister Klara covering Bob Dylan's "Mr. Tambourine Man," which appeared on her mini covers album, below...