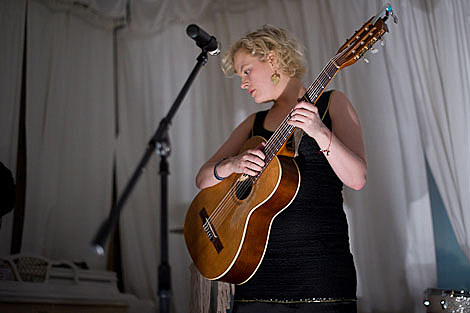 After last being seen at SXSW, Iceland's Ólöf Arnalds returns this month, first for some west coast dates, and then for another visit east that includes an April 23rd at Joe's Pub with German pianist / composer Hauschka, and to play the Anthology Film Archives' 2011 Film Preservation Honors at City Winery on April 27th. Tickets to the latter can cost you either $40 (general admission) or $200 (benefit). Harmony Korine, Marina Abramovic, Richard Barone, and, Transgendered Jesus will also be performing/appearing.

All Olof dates below...