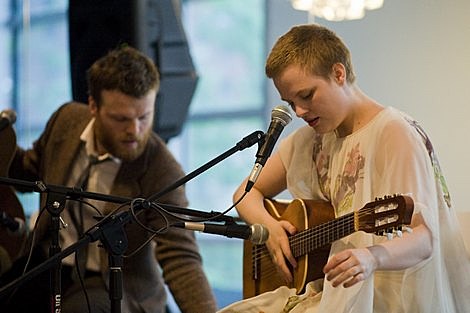 Iceland Review: Your sound on that album is acoustic, folksy and quite unique. Is that a style you're going to stick with?

ÓA: When I was making and writing the songs I wasn't thinking in styles. That comes afterwards. The recording style was very determined; I wanted to use tape and wanted to set the rules up against me a little. I recorded both singing and guitar at the same time to make it as live and immediate as possible. I like the danger of whole takes. In the future, the style of my recordings might change because I want to add more musicians and to deal with different things, but I think that the core is the singing and the storytelling.

If I didn't know it was her, I'd barely recognize her. Iceland's Ólöf Arnalds played her third of four NYC shows in a row, last night (5/7). It took place at Scandinavia House in Manhattan. Her set was broken into two parts separated by an interlude (intermission). She was accompanied by a fellow who played guitar and a toy piano. There was free wine and a garden in the back to walk through. She also played Union Hall and Sycamore this week. Tonight's show is with Bjork at Housing Works (5/8). More pictures from last night below... 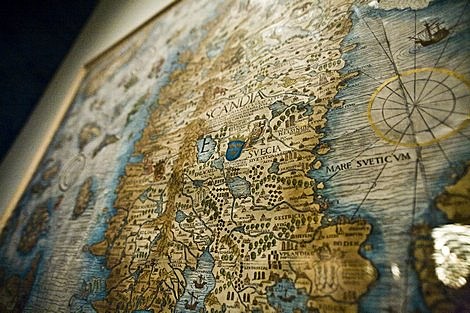 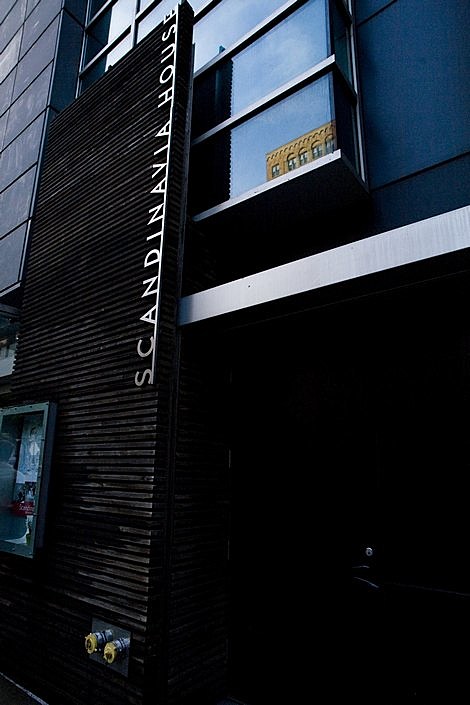 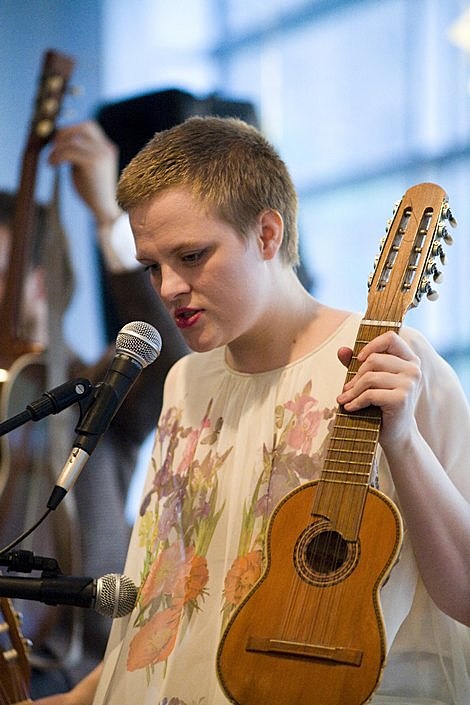 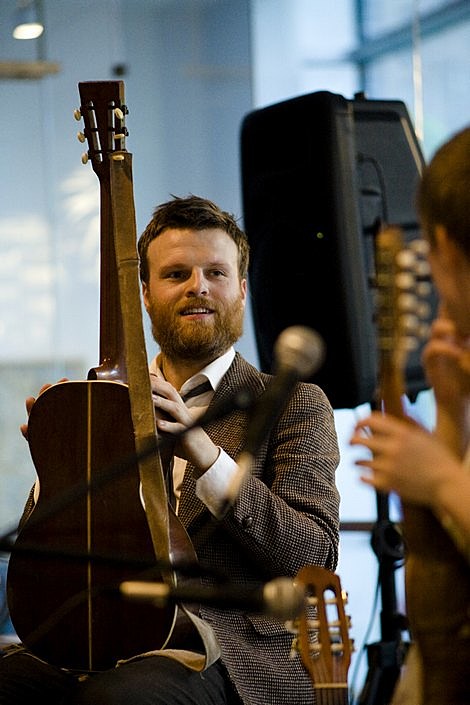 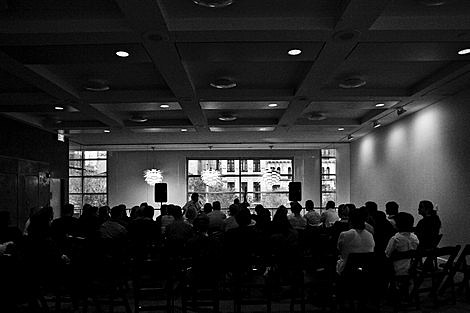 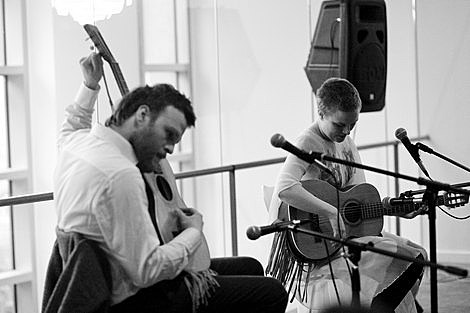 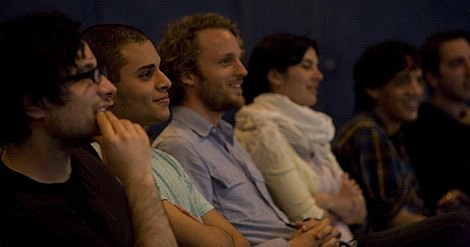 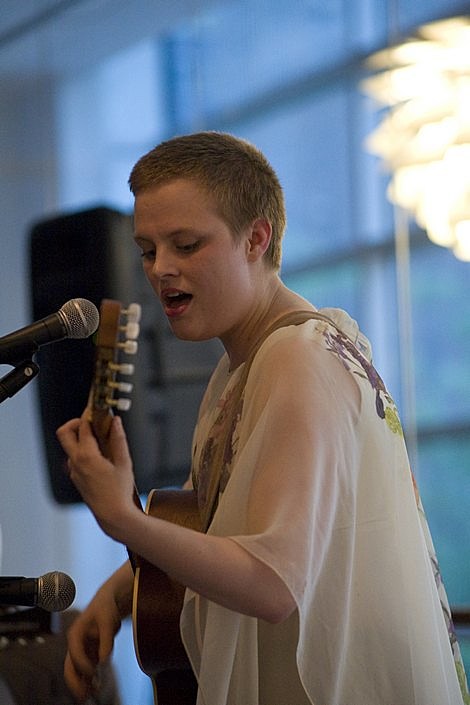 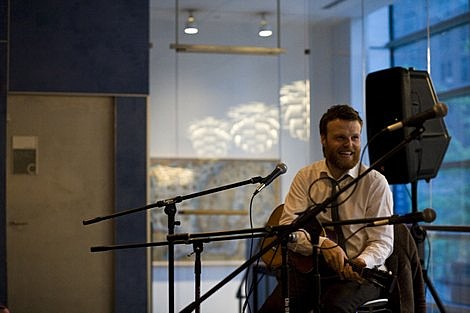 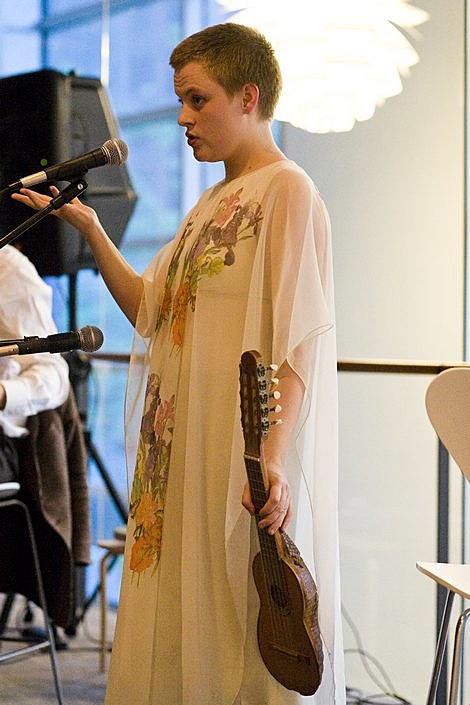 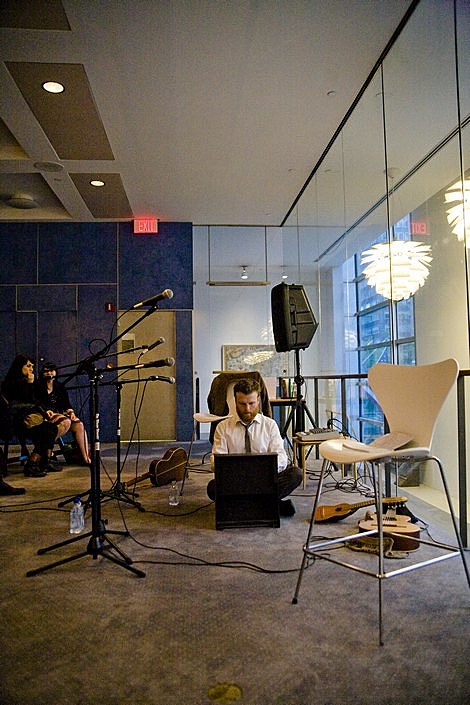 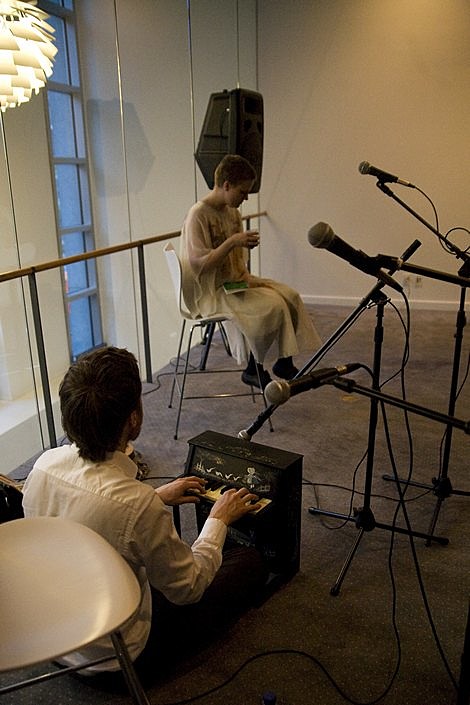 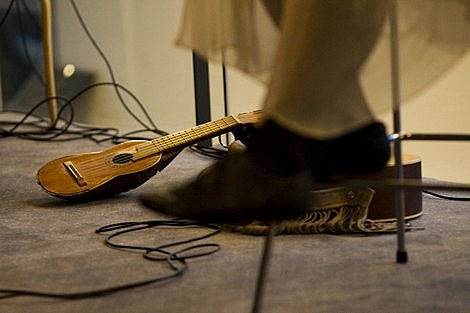 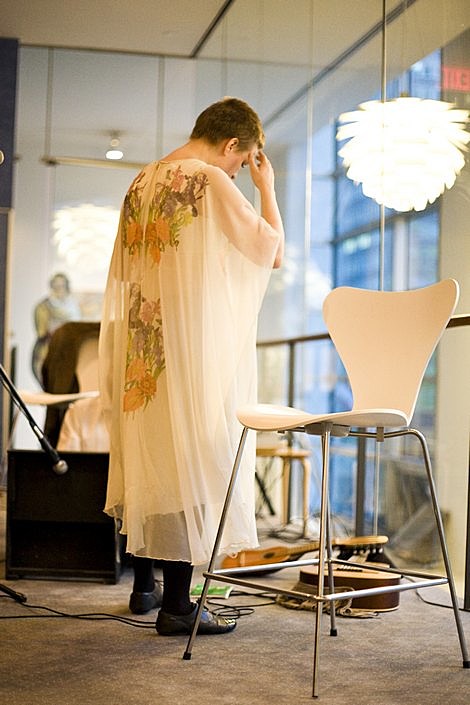 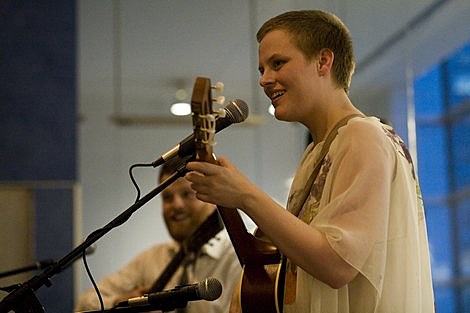 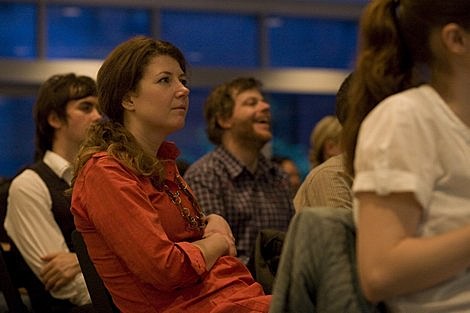 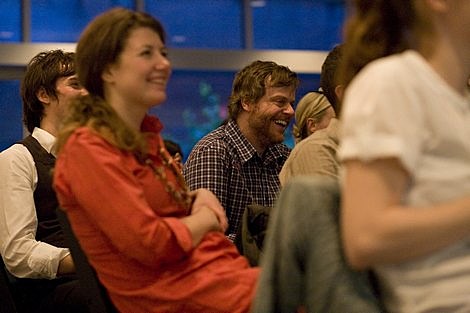 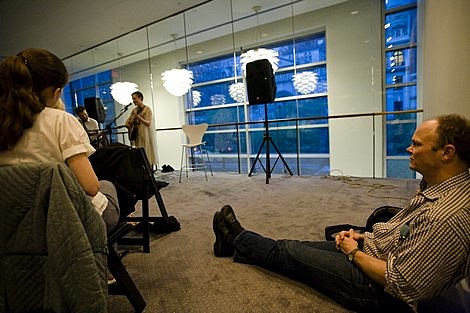 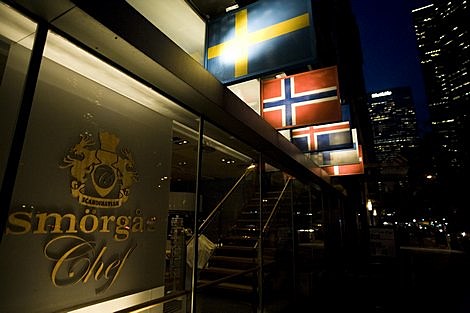