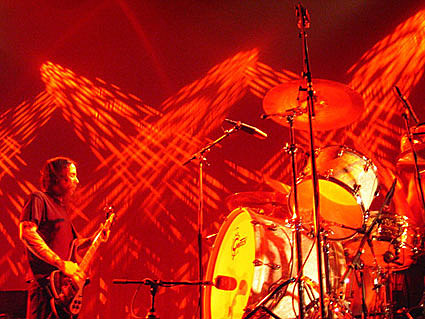 With Pilgrimage (Southern Lord) garnering all types of year-end accolades, the Sabbath-as-meditation'ers Om will hit the road again - this time with Holy Mountain labelmates Lichens and Daniel Higgs of Lungfish. Starting on Jan 16th in Seattle, they'll hit the Luna Lounge in Brooklyn on Feb 8th. Tickets are on sale, .

Last time the boys came through NYC, it was at Europa and Knitting Factory with Grails.

And speaking of ex-Sleep dudes and albums of the year, nine-string guitarist Matt Pike and High On Fire have cancelled a date from their current winter tour (Feb 10th in Hackensack, NJ), and added a new one in Brooklyn... Feb 10th @ Club Europa! Tickets Are On Sale. All tour dates below.....

* With Lichens
** with Daniel Higgs (ex-Lungfish)