Emil Amos of Om, before and after the accident 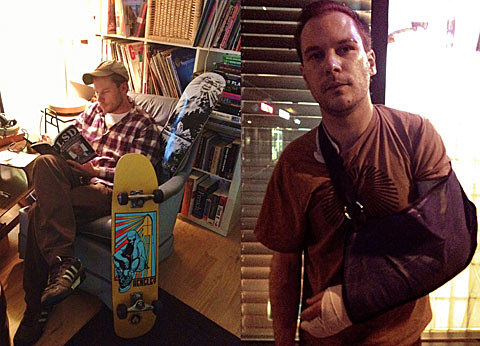 Om reluctantly announce they will be postponing their upcoming tour dates following a skateboarding injury sustained by drummer Emil Amos. The trio, which is rounded out by bassist/vocalist Al Cisneros and multi-instrumentalist Robert AA Lowe, are working on rescheduling the full run starting in mid-November.

Get well soon Emil! Until then, at least we can crank some tracks from their new LP Adviatic Songs, out now on Drag City.

A list of postponed dates, which included Music Hall of Williamsburg on August 29, and song streams are below.