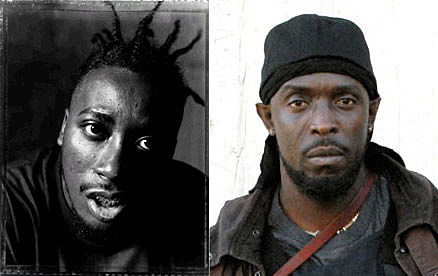 "The actor who played drug vigilante Omar Little in TV series The Wire is to take on the role of Ol' Dirty Bastard in a film. Plans are moving ahead for Dirty White Boy, a movie based on the late and notorious rapper, starring the Baltimore crime drama's Michael K Williams.

In other news, Michael K Williams' ex-Boardwalk Empire co-star Aleksa Palladino played SXSW with her band Exitmusic who are currently on tour with A Place to Bury Strangers and Joy Formidable, though they are replaced by Violens at the NYC show (Violens meanwhile play Cameo Saturday).