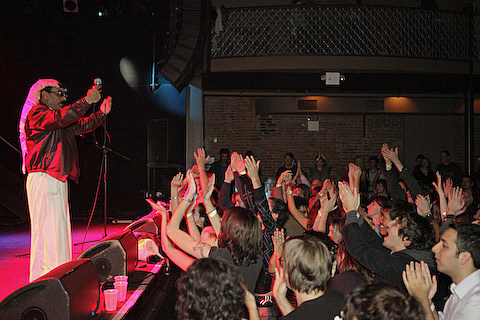 [Omar Souleyman] appeared... with only his principal accompanist, the keyboardist and composer RiOmar Souleymanan Sa'id... Mr. Souleyman paced and emoted, singing rhythmically in Arabic about love and revenge, punctuating the songs with drawn-out "ehyeahhhhh" sounds and then letting Mr. Sa'id's tight improvisations take over. Mr. Souleyman never took off his jacket or sunglasses or spoke any English -- in songs or between them. He barely bent his knees. He was only going to party with us halfway.

[Souleyman's] beats are universal, East thoroughly merged with West, among other things a cross between choubi, from Iraq, and Antillean rhythms. But beyond solemnly blowing some kisses to the audience, he's not an ingratiating performer, and the remoteness of his body language combined with the passion in his singing registered as a form of spectacular, non-negotiable cool. He seems authentic, which partly explains his growing popularity in the West. But he also seems emotionally unreachable, which may be the rest of the explanation.
[New York Times]

Omar Souleyman played Music Hall of Williamsburg on 11/2 with support from Deakin (of Animal Collective). Deakin then toured his way to Fun Fun Fun Fest where he played a set at the festival, and at one of the afterparties at the Mohawk. Deakin's tour ended at The Evening Muse in Charlotte, NC last night, but he still has that show coming up at the New Museum with Prince Rama (tickets).

Omar Souleyman, who is much more upbeat than his opener was, also played Purchase's Fall Fest on his tour which is also now complete. More pictures from Music Hall, below... 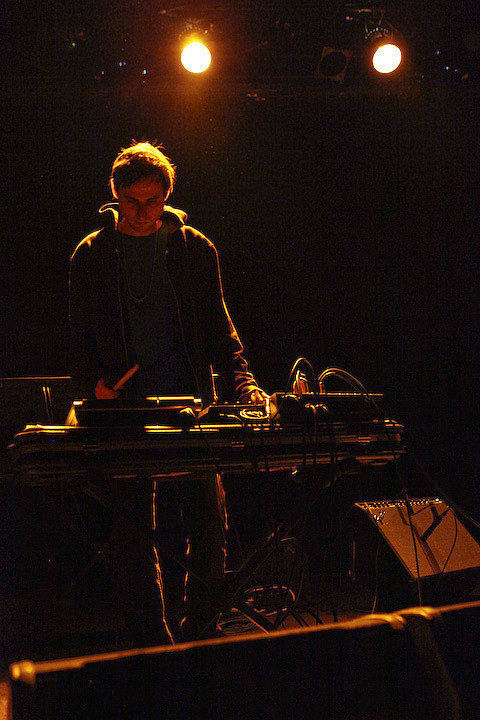 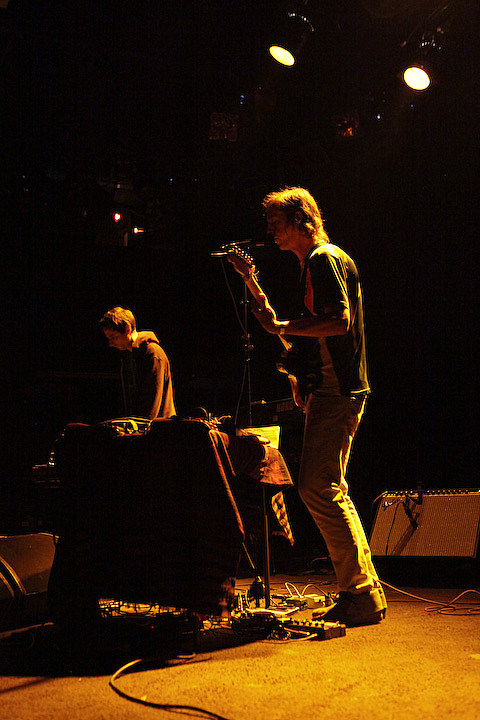 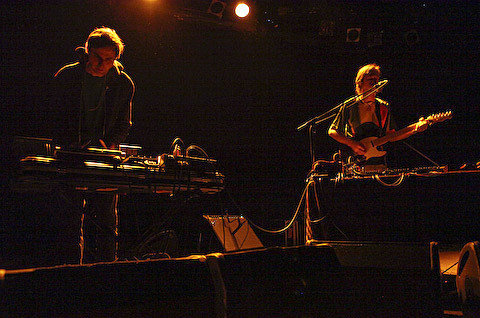 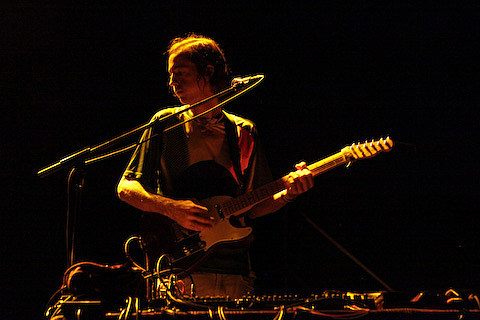 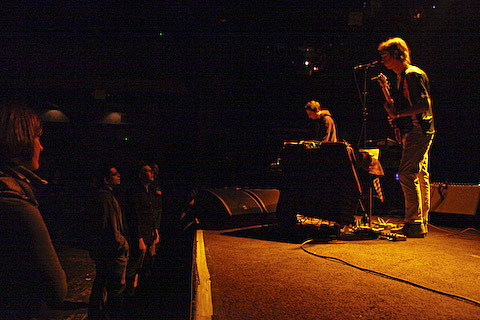 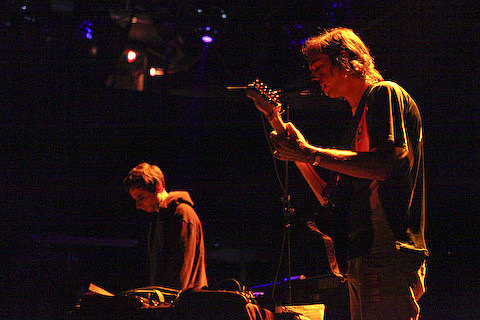 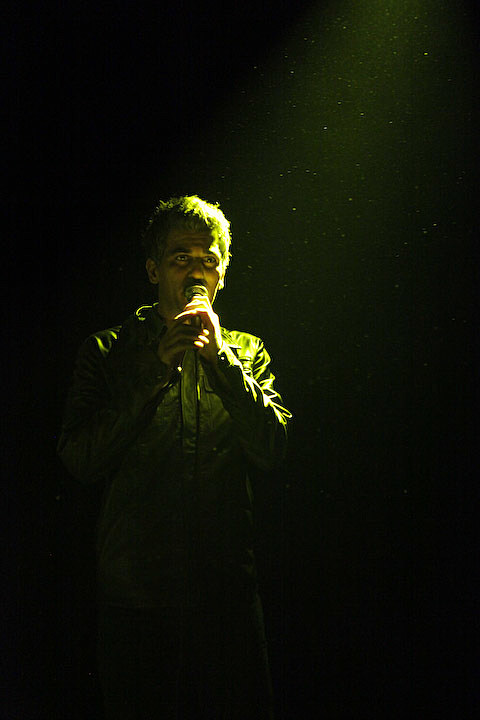 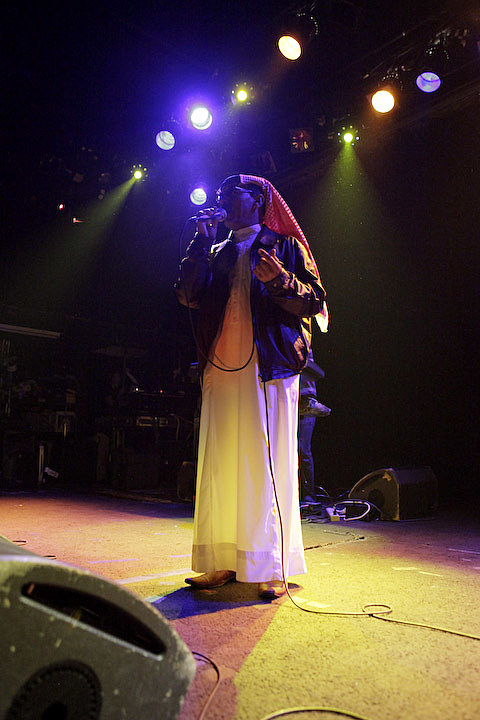 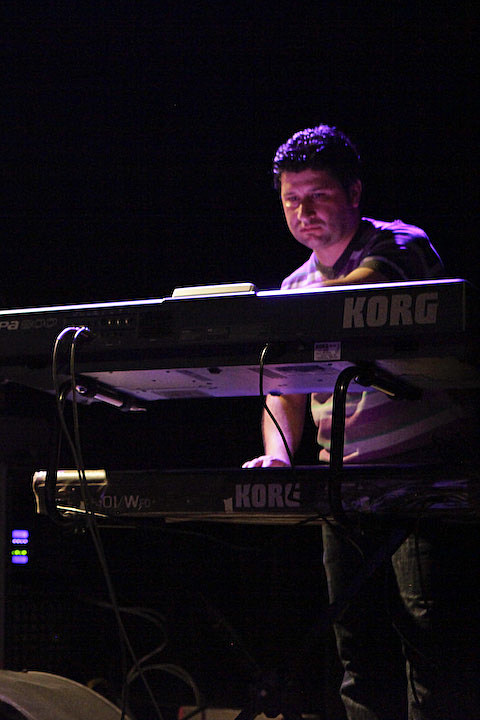 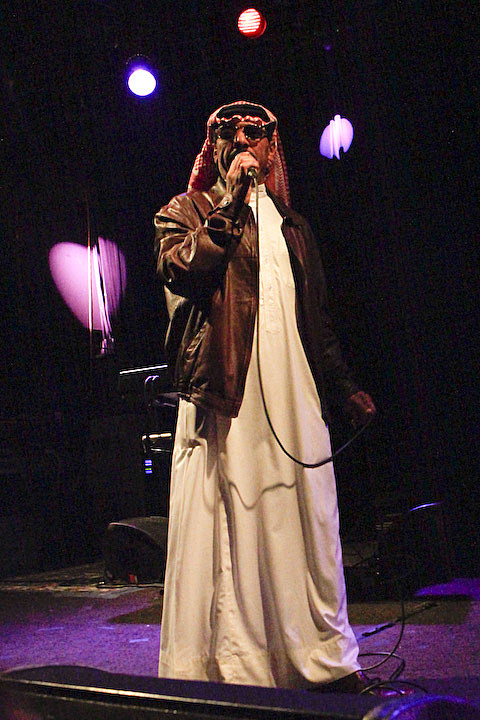 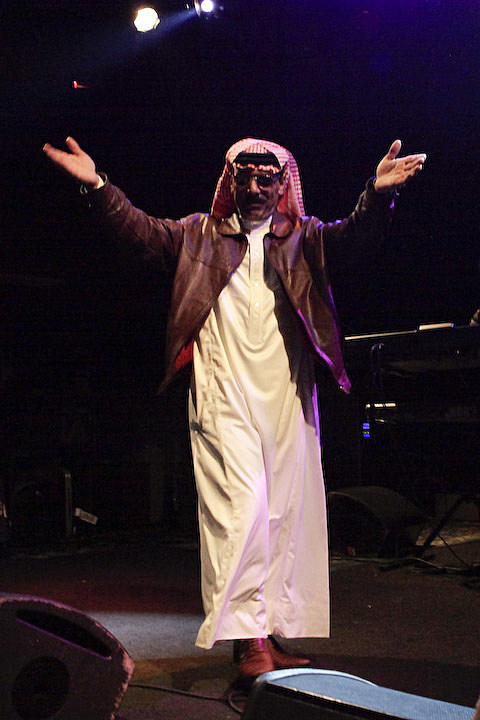 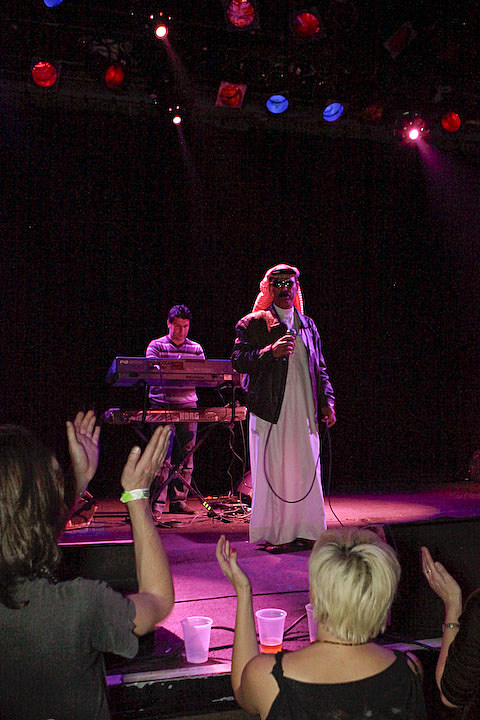 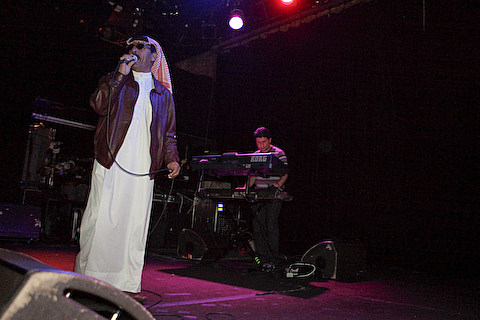 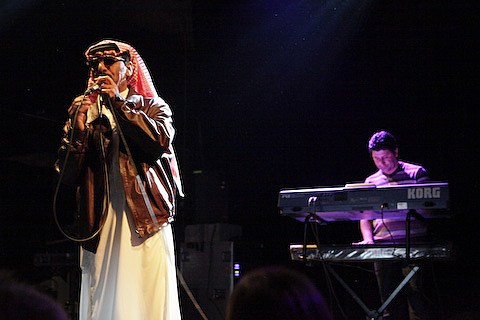 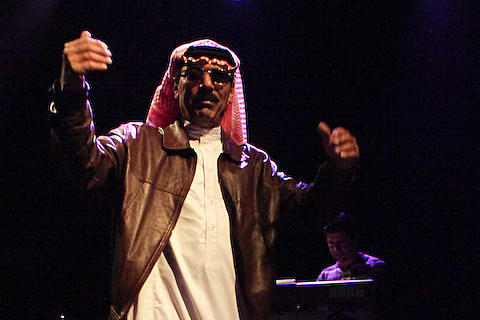 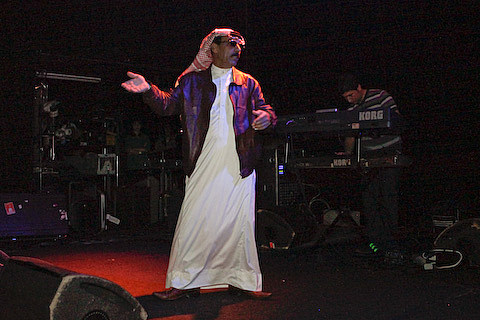 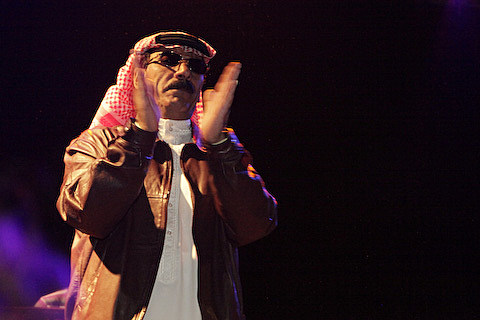 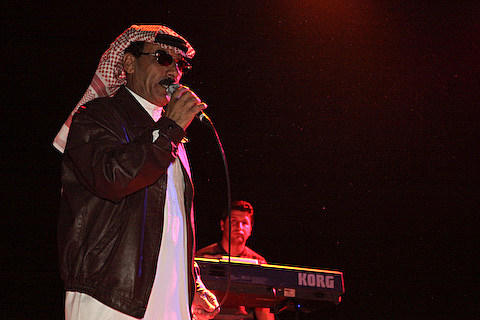 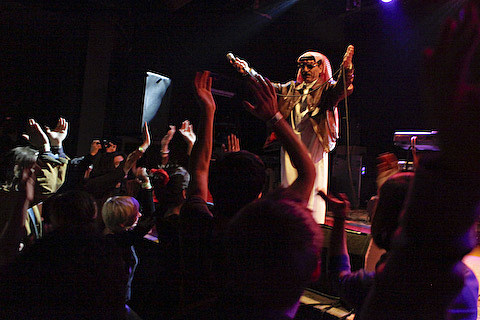 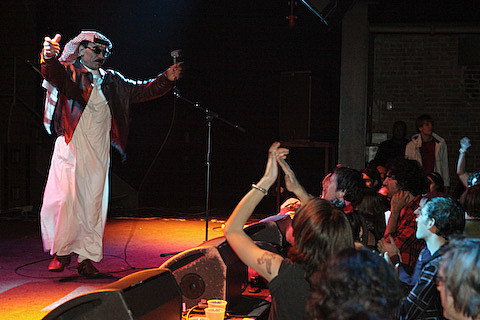 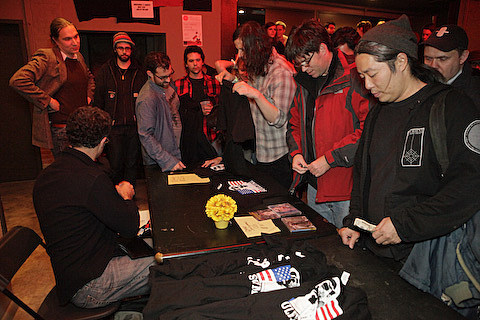 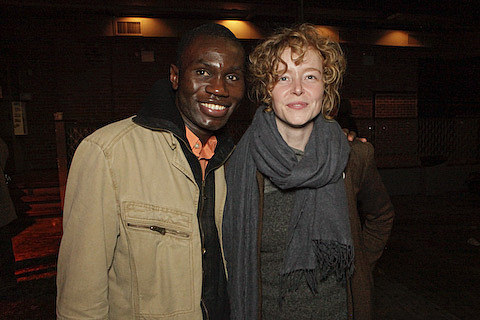 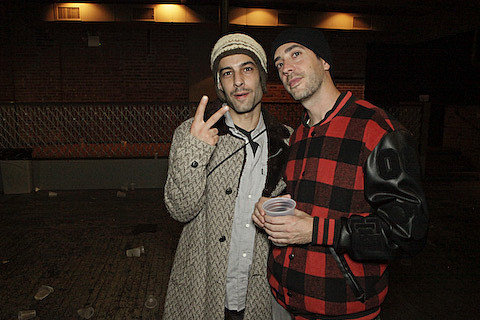 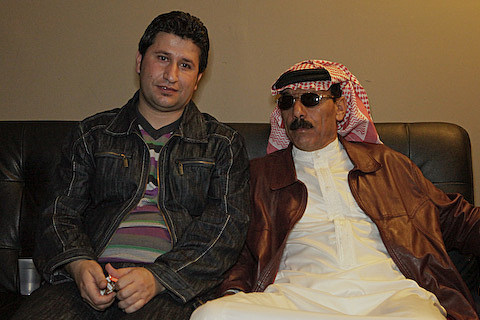 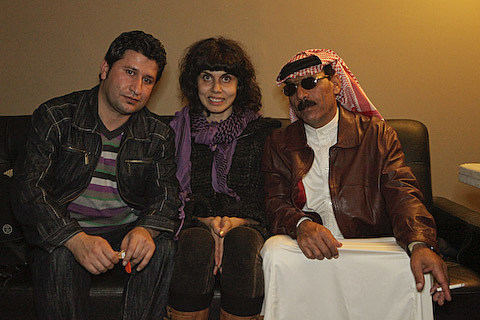