OMD at Terminal 5 in March (more by Chris La Putt) 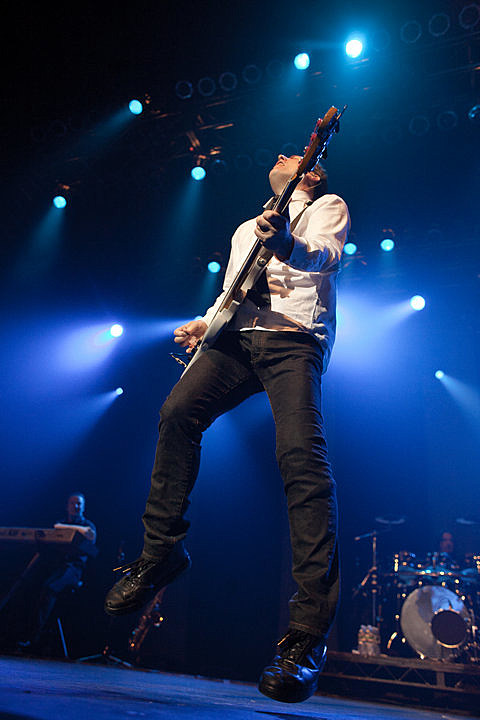 Orchestral Manoeuvres in the Dark, who reunited earlier this year to tour in support of 2010's reunion album History of Modern, are returning to North America this fall for another string of dates. The tour includes two stops in NYC: September 20 and 21 at Irving Plaza. Tickets go on sale for both NYC shows Friday (7/8) at 10 AM with a pre-sale starting Thursday (7/7) at 10 AM. Like the last tour, OMD will appear with their original lineup.

The last US date on this tour is October 13th in Austin, TX where an incident at SXSW caused the band to make the national news in March. They end their tour two days later in Mexico.

All tour dates and some videos from their Terminal 5 show in March below...