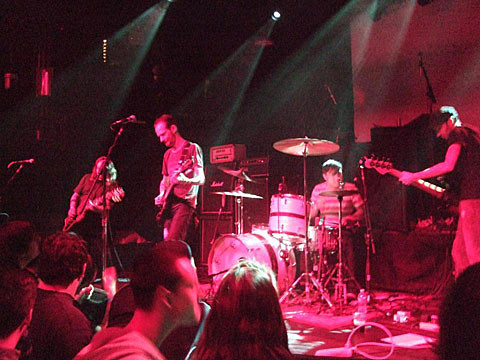 Long Island hardcore gets repped to the fullest in June at Saint Vitus! First up, the venue has announced On the Might of Princes on June 16 with Wiretap Crash and The Conflicted. Tickets are on sale. The show is the band's first since reuniting for an earlier Vitus show and a date with Revelation Records. Videographer extraordinaire UN:ART:IG called their Vitus appearance one of his favorites of 2012. Video of that is below.

In addition, LIHC band Mind over Matter will play NYC at Saint Vitus on June 29, a one-off show for the band:

Seven years before the mainstream media was hailing screamo as the next big thing, Mind Over Matter were accidentally inventing the genre in front of floored hometown crowds. Unfortunately, the band never drew the same sort of enthusiasm outside of Long Island until after they'd broken up (and vocalist Arty Shepherd had moved on to Errortype:11, Instruction, ...God Fires Man [ED: and Primitive Weapons]); but it didn't matter. Those kids from Glassjaw and Thursday who were in the crowd at Mind Over Matter's gigs had already seen the future. -[LIHC Wiki]

You can also check out recent video of both OTMOP and Mind over Matter, below.