Kelly Pratt is no stranger to the pages of BrooklynVegan. From being a member of Beirut to playing in Arcade Fire to performing at LCD Soundsystem's final show to his own projects Team B and now Bright Moments, we've written about stuff Kelly Pratt does a lot. Now we're going to let him write a bit. This time about his latest project, which as previously mentioned, is being co-musical director and a band member on the St. Vincent and David Byrne tour that begins this week in support of the pair's new album "Love the Giant" which is out now via 4AD and streaming on Spotify and at NPR. Look for a new post by Kelly right here on BrooklynVegan each week, starting now... 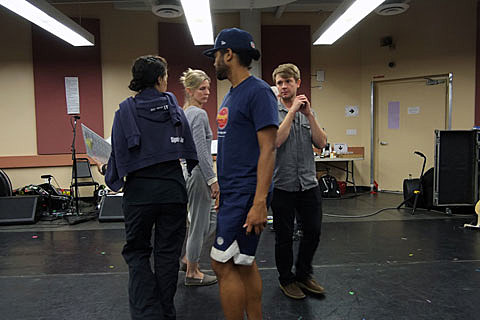 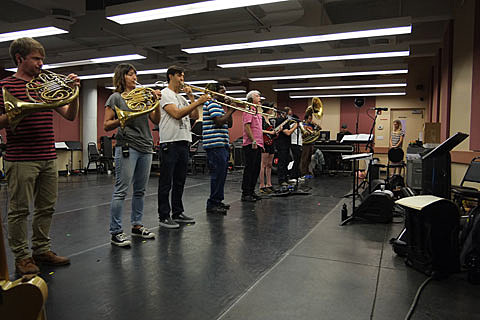 We've been in rehearsal for the last three weeks on an extremely intensive schedule: 8 hours a day, 6 days a week. The first week is primarily focused on drum programming and rhythm section coordination. With week 2 all the rest of us join in. As one can imagine, putting together a full set of music for twelve people can be a bit of a daunting task! Fortunately we have an experienced, talented, and motivated group of people involved.

By the beginning of the third week we are running the set with a pretty high degree of success. Then the choreography starts. I have six years of marching band experience (strictly "don't ask, don't tell" information), but most of the rest of the horns have never moved and played at the same time. Learning to play a brass instrument while walking around a stage is a bit like patting your head and rubbing your stomach. But way harder. Finally Sunday we manage to run the set with choreography. It's going to be pretty impressive.

Monday we play Jimmy Fallon, definitely the most welcoming and my personal favorite of the late night programs. It's our first public performance, and goes pretty well. Right before we play we all get a moment to warm up our horns. Carter starts playing Chuck Mangione's "Feels So Good" as he tends to do 70% of the time he puts the horn to his face. Jimmy Fallon comes over and beamingly declares "I love that song!"

The next two days we head out to New Jersey for full production rehearsals at the Wellmont Theatre. After that we hit the road, first stop Minneapolis!

'Til then,
Kelly Pratt

Watch the Fallon videos HERE. All tour dates, more pictures from rehearsal, and the official video for "Who". below... 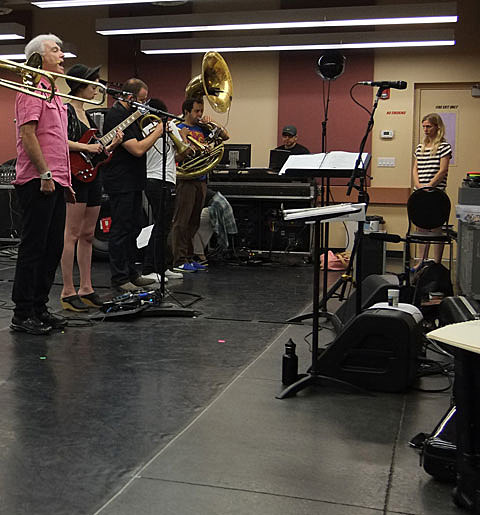 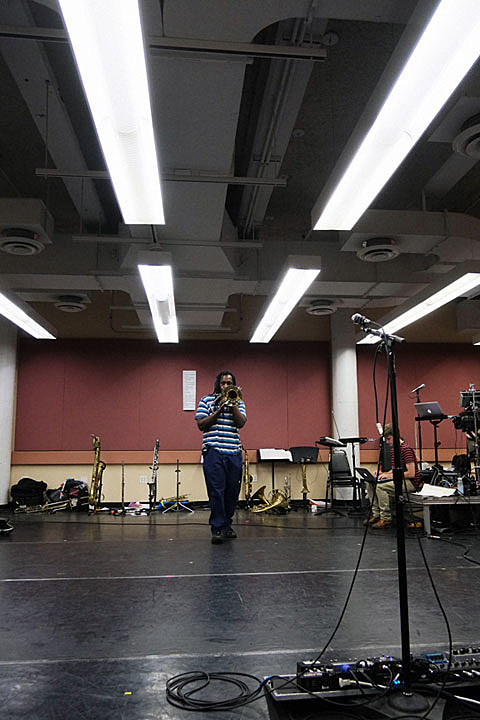 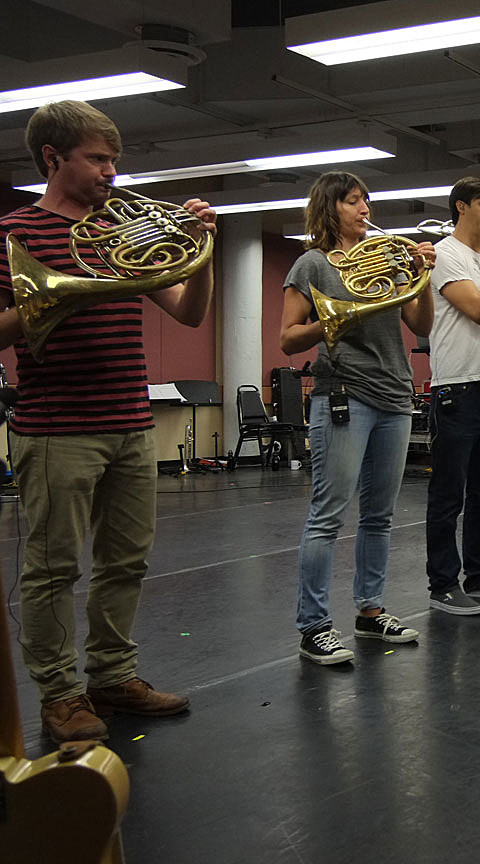