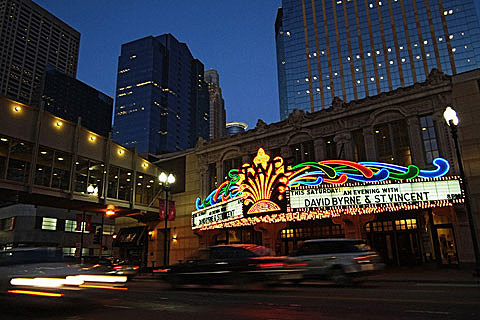 Kelly Pratt is currently on tour with St. Vincent and David Byrne, acting as co-musical director as well as one of their many band members. Since last week he's been chronocling that tour right here on BrooklynVegan. Welcome to the second installment, written last night... 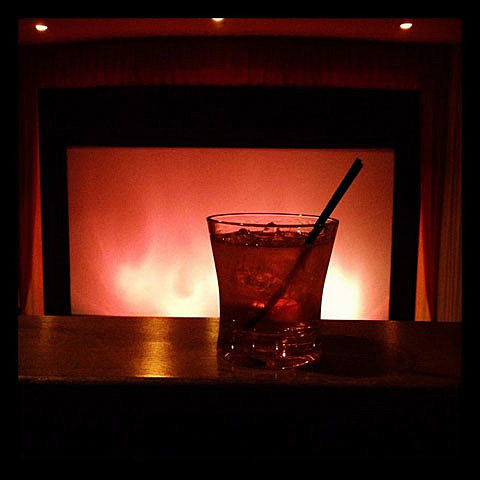 We finish our rehearsals at the beautiful Wellmont Theatre in Montclair, New Jersey. Two full days of running the set as many times as possible takes a toll on the brass players' lips, but tightens up the choreography and transitions between songs considerably. Annie-B Parson is the choreographer for the show with Lizzie Dement assisting. She's worked with David in the past, and her next next project is with Baryshnikov--needless to say, she has some brilliant ideas that really expand the kind of performance we are used to. This is also the first time we have played the show with lighting design, which adds another level of difficulty.

The following morning the band heads to JFK for a flight to Minneapolis where we will have a much-needed day of rest. We travel on Sun Country Air. Ever heard of it? Me neither. The trip gets interesting when Ira Glass takes the seat next to me. He is on the way to Minneapolis to do a Q&A for the premiere of his and Mike Birbiglia's new film "Sleepwalk With Me". Always the workaholic, he interviews the guy sitting next to him who (after some deduction skills and Googling) I determine to be the inventor of the KneeDefender. He invites Jon and me to the premiere of his film that evening. The movie is great and we discover that Ira is as good at talking in person as he is on the air. The theater serves bourbon, a novelty for us (in the theater, not on its own).

The first show of the tour goes better than expected. It may sound obvious, but performing in front of a live audience adds an extra level of energy and intensity. It's like we finally realize the show, in its full potential, for the first time. Afterwards, a few of us go across the street to a bar where we meet some folks from Dero, the company that manufactures the bicycle racks David designs. One of the best aspects of this tour so far has been the focus on cycling. Nearly everyone in the band bought a folding Tern bicycle before we left. There are even a couple extras for the crew. This is the first time that I have toured with a bicycle and I will never leave home without one again. It's so nice to slip away from the tour for an hour or two for a long ride. It has also allowed me to see more of the city than the few blocks near the venue. Both Minneapolis and Milwaukee are great cities for cycling with long bike paths and beautiful views.

Next we go to Chicago for a day off. It's Carter's birthday, so we may have to get him a white wine spritzer or two.

David Byrne & St. Vincent, Kelly Pratt & band play the Chicago Theater tonight (9/18) before continuing on their tour which includes three NYC shows. Check out some more photos from their rehearsals in NJ, a video from Minneapolis, and all tour dates, below... 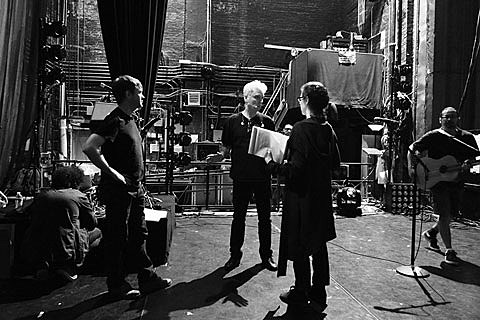 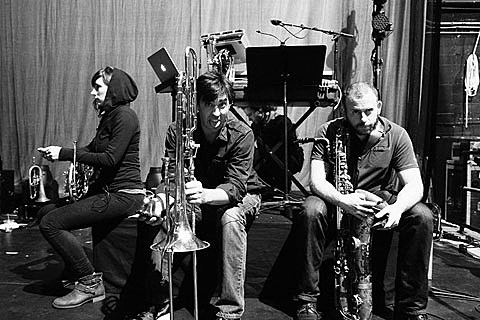 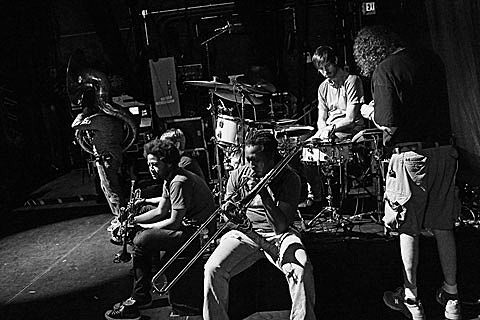 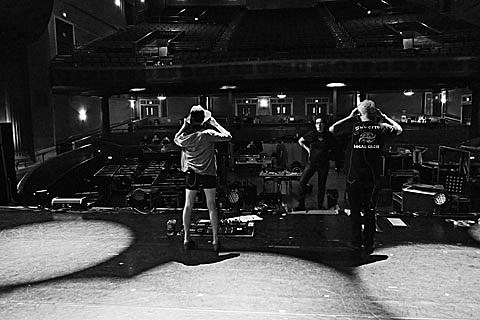