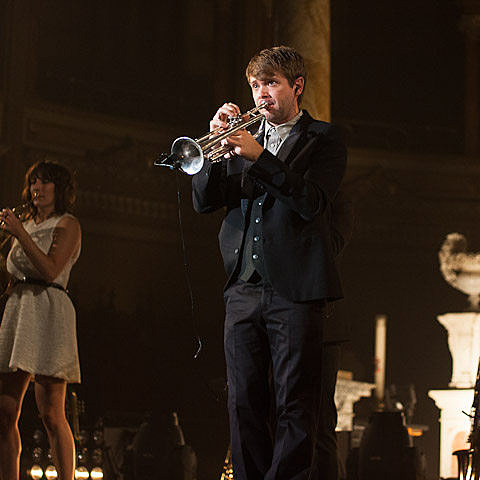 On this tour, we are exceptionally lucky to be playing some of North America's most beautiful theaters. The Chicago Theatre is perhaps my favorite. Built in the early 1920's, it was initially used primarily as a movie theater. In 1986, it was massively restored and repurposed as a music venue. I find myself thinking of a memorable collection of photographs that document a number of abandoned theaters across the US. Many of these are beautiful rooms, but because of a variety of reasons (including urban population shifts and the rise of home video in the 1980's) they were deserted and are in various states of decay today. The shows in Chicago and Toronto go very well. We are at a point now where we can perform the show without having to concentrate on every little detail, thereby allowing us to focus more on the overall musical and visual impact (and the beautiful venues we are playing in).

We arrive in Montreal the morning after Toronto to play the Eglise St-Jean-Baptiste as part of the Pop Montreal festival. The church is majestically cavernous: there are huge chandeliers and two imposing organs. I head over to the Arcade Fire studio where David has just finished rehearsing some covers for the halftime show of the their yearly charity basketball game POP vs. Jock. As I walk in Regine is practicing some jock jams on organ for the in-game entertainment. 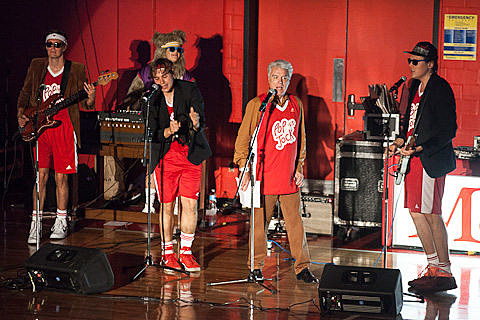 During our sound check DB suggests that Daniel use one of the organs for the St. Vincent encore, "The Party," and also that, during that song, we put all the horns in the crowd. Luckily we have front-of-house engineer Pete Keppler on tour. He manages to make us sound great no matter what venue we are in, or what new ideas we throw into the mix. In Montreal we get what might be our best audience response yet, setting the bar very high for the rest of the tour.

The next day we all head to Boston for a day off. Most of us end up getting tickets to see Grizzly Bear at the Orpheum where we are playing the following night. [Like at Radio City] Their set draws heavily from their new album, which takes them further into psychedelic territory. The visuals are particularly breathtaking, accentuated by 12 or so hanging lanterns that rise and sink throughout the show. A few late games of pool later we head back to the hotel to rest.

After another very fun show we depart Boston for a day off in NY. First Beacon Theatre show tonight!

Beacon Theater tonight is their first of three NYC shows on the tour. Tickets are available for tonight and tomorrow at Beacon Theater, and for the Saturday show at Williamsburg Park.

The photos you see above are from other recent BrooklynVegan posts. An original set that accompanies this post, by Bryan Murray, can be seen below... 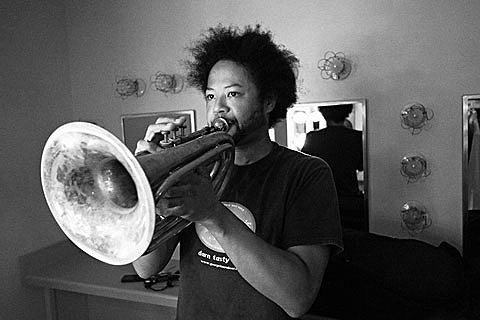 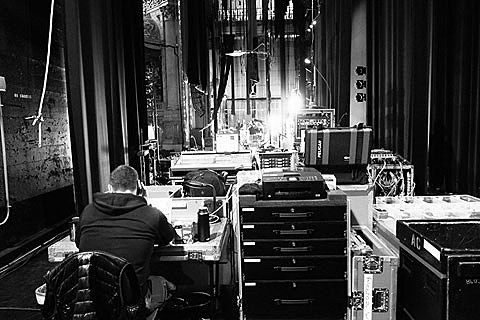 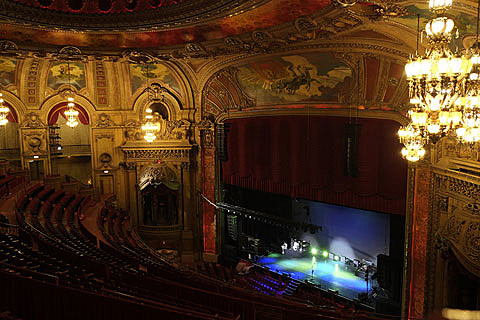 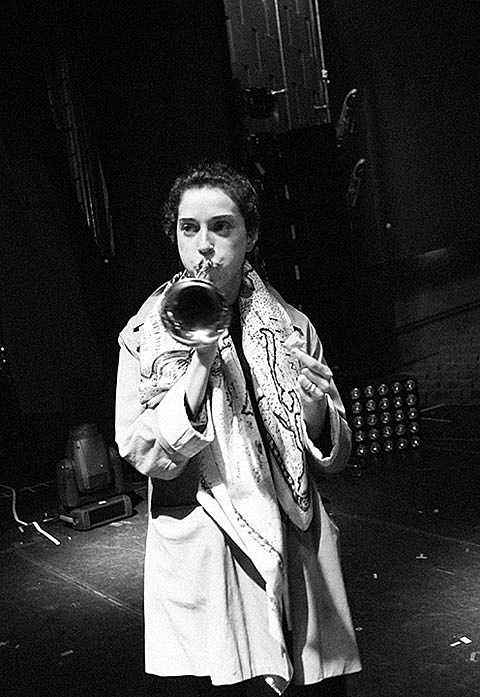 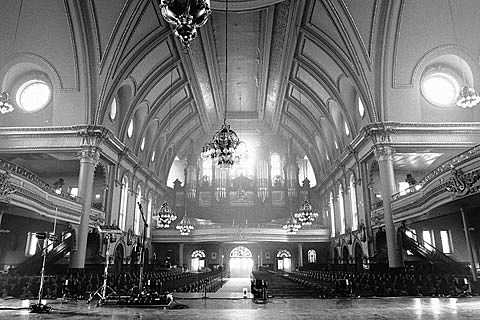 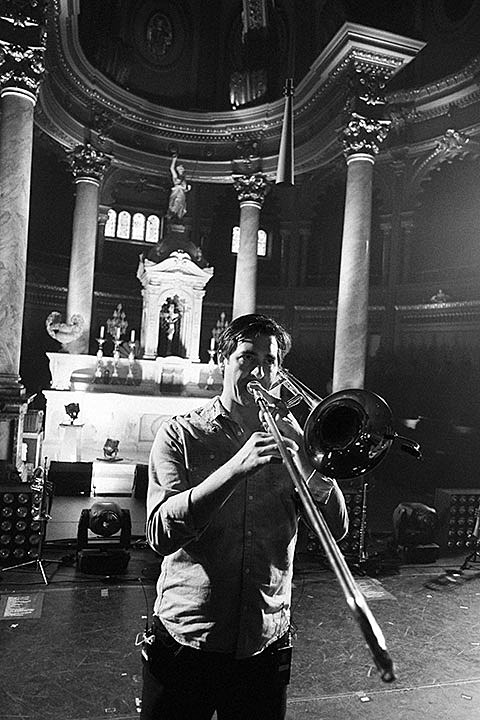 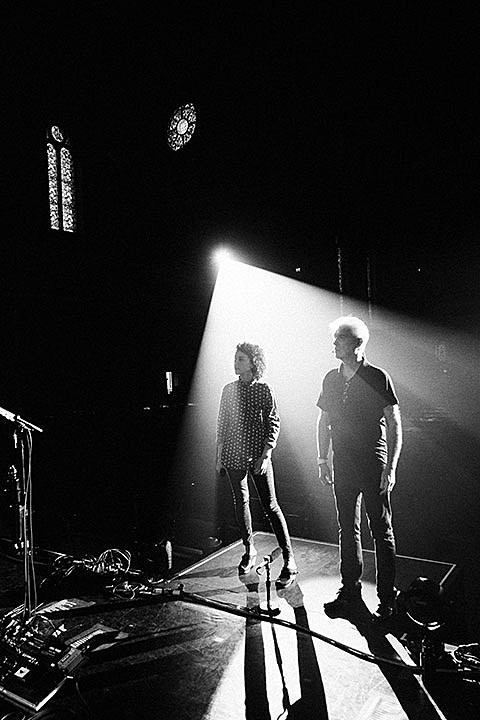