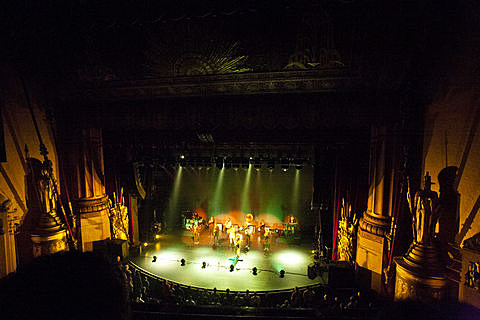 NY, Philly, Bethesda, on to Nashville

Most of the band live in NY so it's great to come back and spend nearly a week on home turf. The Beacon Theatre is an ideal place for the show, partially because of the large number of balcony seats. The audience in the balcony is able to see the choreography more fully than one would in the first few rows. One song in which this is particularly rewarding is The Forest Awakes. The idea is to move freely, lining yourself up with someone or something on the stage. Therefore the movements in this piece are improvised in a completely different way every night. Another unique aspect of the show is the massive amount of samples, programmed primarily by Daniel Mintseris and triggered and played by him and drummer Brian Wolfe. The brass provide the backbone of the band, but the samples give the songs an electronic edge that take the sound firmly out of "brass band" territory. 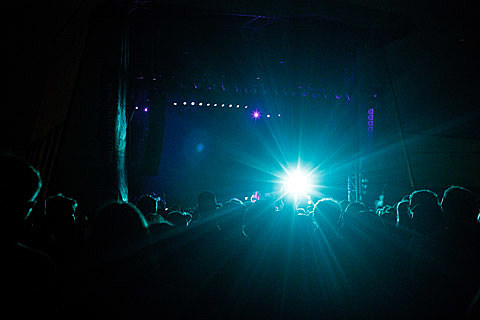 Williamsburg Park is our biggest show of the tour, and turns out to be our best response yet. In my experience NY crowds are among the iciest around, but this one brings the energy. Maybe it's that everyone is standing the whole time or maybe it's the cheaper ticket price bringing out more youngsters. Regardless we all have a great time, and depart NYC with a little sadness.

Our next show is in Bethesda, MD, a suburb of DC, at a large arts center. We arrive early so I make a few phone calls outside, where there are four large black SUVs in a row. I tend to pace around nervously while on the phone, and I can tell that some of the drivers of the caravan are paying attention to me. A few moments later the front door opens and a little girl walks out surrounded by two buff dudes with earpieces. It's one of the Obama daughters. The secret service escort her into the backseat of one of the vehicles and the caravan peels out. It seems like a lot of trouble for a ten-year old's ballet class. A little later we have the best laugh of the tour yet when Bryan tells us his workout routine. Having attempted running outdoors ("I tried running around Prospect Park, but that sucked!"), he now heads down to his basement and runs in place while watching The West Wing for 45 minutes. Whatever works...

Nashville next. See you soon,
Kelly

David Byrne and St. Vincent play Atlanta, GA tonight (10/3) at the Cobb Energy Center. The rest of their tour dates are here.

The photos you see above are from other recent BrooklynVegan posts. An original set that accompanies this post, by Bryan Murray, can be seen below 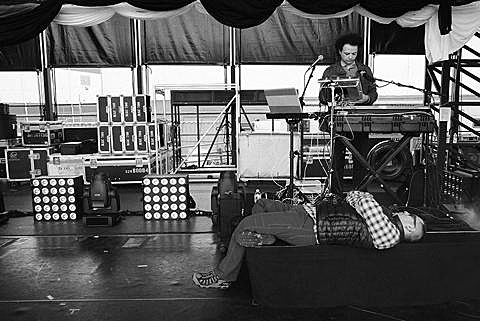 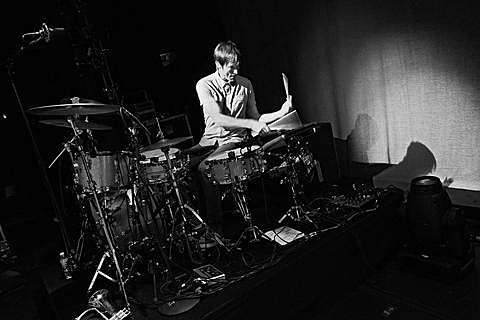 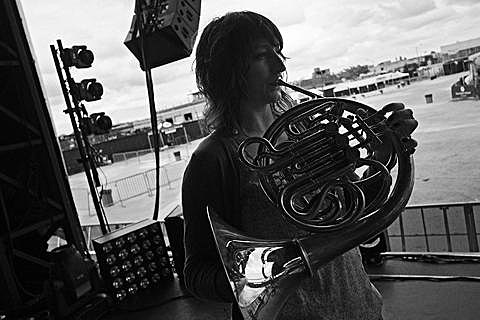 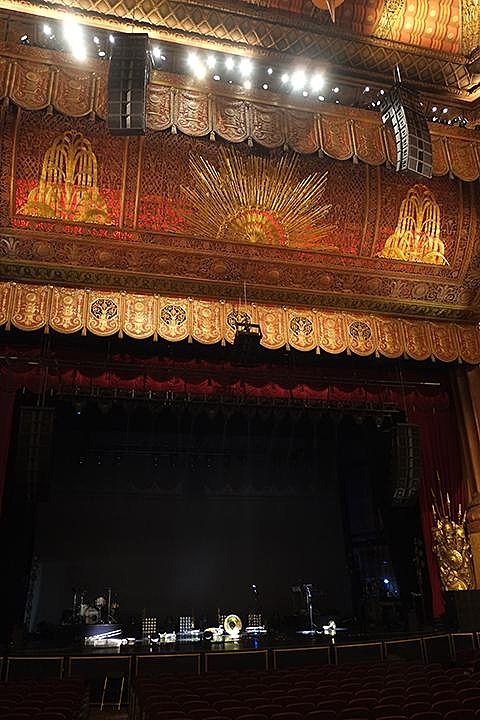 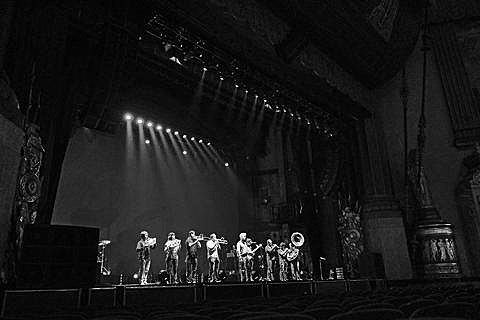 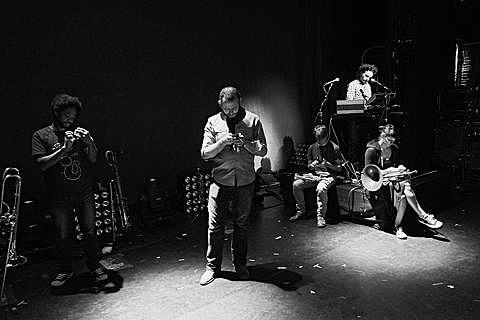