David, St. Vincent and the gang on stage in Houston 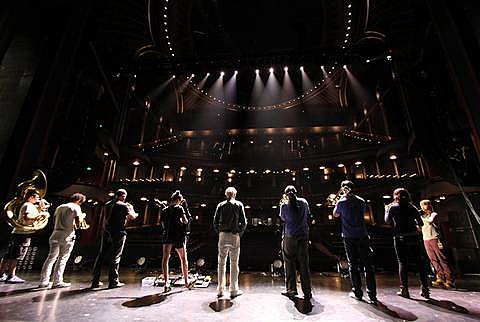 Arriving in Nashville, a few of us head straight to the local "meat and 3." Three sides of vegetables should not be taken as a sign that this is a diet-conscious tour. In the South, vegetables function as napkins for grease rather than repositories for vitamins.

After a long night of honky-tonking with the crew, we file in to play the historic Ryman Auditorium, which for over thirty years housed the Grand Ole Opry. Our show is great, but the horn section isn't quite ready to pack up their cases. One of the best things about touring is bumping into friends who are also on the road. By happy accident, Antibalas is also in Nashville, performing at a venue nearby our own. Several Antibalas band members played on "Love This Giant," and a few of them are in bands with other people in our party. At the end of their set, all eight of our horns join them for Fela's "Open and Close": 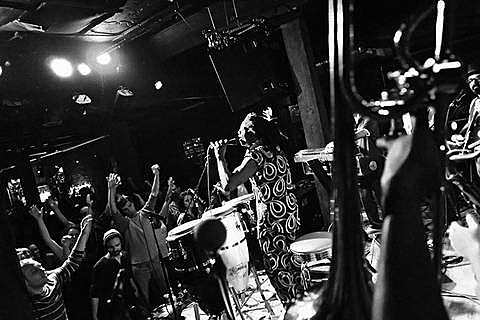 Next up is Austin. Jon has a biologist friend teaching at UT so we ride our bikes over to campus to hear her give a lecture on sexual selection. We learn some truly fascinating facts about animal courtship behavior, such as the seduction technique of the Australian bowerbird. In an attempt to find a mate, the male bowerbird builds a highly complex and elaborately decorated hut, which he then presents to his sweetheart as a nuptial gift. But sex isn't all romance. As if we needed further proof that bedbugs are the most disgusting animal on the planet, we learn their reproductive habits. Apparently when ready to mate, the male bedbug grows an intermittent organ that he then uses to randomly stab the female through her exoskeleton.

Learning about sexual suicide can build up quite an appetite. After the lecture, we get in a cab and head to the best restaurant of tour yet: Uchiko. Executive chef Paul Qui won season 9 of Top Chef and the food does not disappoint. The jar jar duck is one of the most delicious things I have ever tasted, Star Wars: Episode One reference notwithstanding. 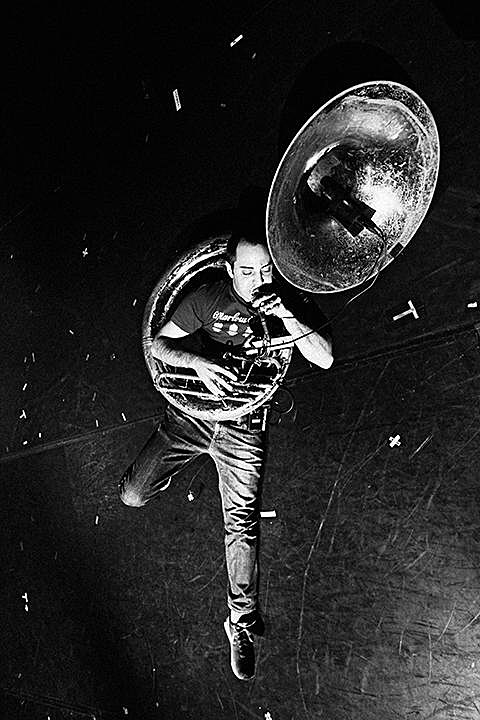 In my experience, Austin audiences are usually very receptive and this time is no exception. Several people speak of the St. Vincent song "Cheerleader" as one of the show highlights, in part because of its choreography. The movements for this song are quite simple: lie supine on the floor and play. But as anyone who has ever played a brass instrument knows, it is really hard to play while lying down. Breathing is more labored, as is forcing air through a horn. Also, water tends to build up and flow back down into the mouthpiece. But the visual effect is stunning

In Dallas, I get some time by myself and take long bike ride to the Dallas Museum of Art. This museum holds quite a few works by contemporary masters, many of which I have never seen before. Of particular note are a series of early post-impressionistic Piet Mondrian landscapes juxtaposed with some of his later Neo-Plasticist works. The stylistic differences between the two are striking and provide a perfect example of an artist completely abandoning one style for another. 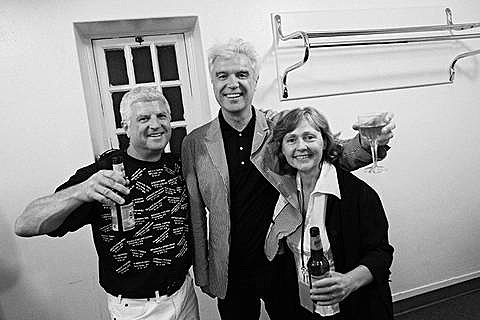 The Dallas show turns out to be the 100th David Byrne show Tony and Mary-Anne, a couple who we have seen at several stops along this tour. They have seen every incarnation of David's bands since 1978. They met when David, from the stage, spotted Tony with a homemade Talking Heads t-shirt. David invited him backstage because he liked the shirt, and Tony subsequently went on to design some t-shirts for DB. After the Dallas show we all cheers Tony and Mary-Anne and jump on the bus for San Diego.

David Byrne and St. Vincent play Santa Barbara, CA tonight (10/11) at the Arlington Theatre. The rest of their tour dates are here. More photos from Brian Murray are below. 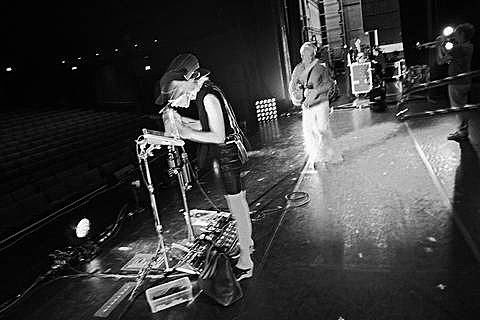 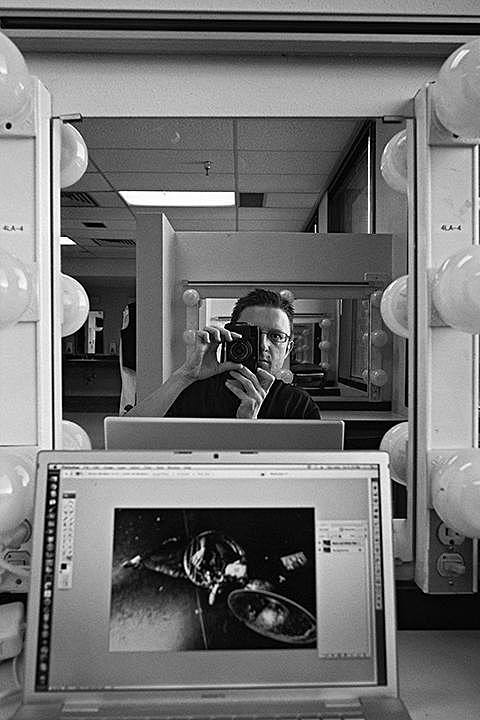 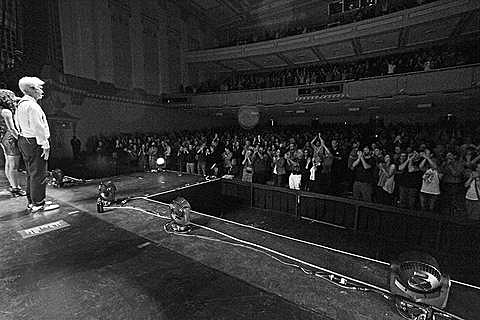