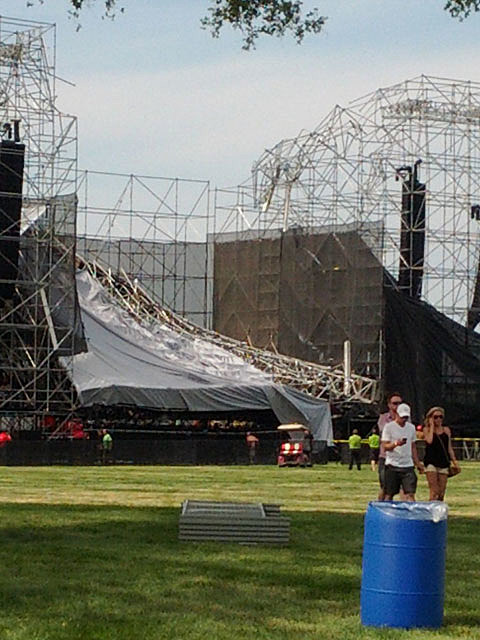 A stage at Toronto's Downsview Park has collapsed in advance of a scheduled Radiohead concert, killing one person and injuring at least three, one seriously.

Calls came in to emergency crews at about 4 p.m. ET and at least one ambulance was already on site. One person was declared dead at the scene, one was transported to Sunnybrook Hospital in serious condition and two others were treated for minor injuries and released.

The 7:30 p.m. concert is cancelled, and Radiohead's official Twitter feed advised fans not to make their way to the venue. [CBC]

If there's a bit of a bright side, the venue wasn't open yet and could have been much worse.