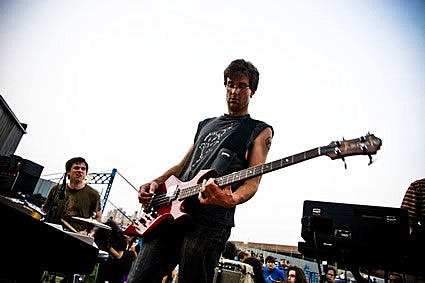 For the recording of Rated O the band expanded to five members, adding longtime brahs Shahin Motia and Barry London to the regular lineup. Motia has been performing with Oneida for several years; London is the sound engineer who has recorded the last several Oneida albums and is chief brah at the Ocropolis (Oneida's Brooklyn recording studio). [Jagjaguwar]

Oneida's Rated O comes out July 7th on Jagjaguwar. Three MP3s from that record are posted above.

The band will be touring North America in support of Rated O this summer. Those dates so far include a Friday, July 10th show at Maxwell's in Hoboken with This Moment in Black History and Dump (James McNew). Tickets are on sale.

Dump is a vehicle for releasing the four-track home recordings of Yo La Tengo bassist James McNew. His recordings occasionally feature guest performers such as Sue Garner and Fontaine Toups. For live performances McNew has been joined at various times by Ira Kaplan (who also plays with A-Bones when not playing with Yo La Tengo), Georgia Hubley, Todd Barry on drums, and Dave Ramirez on guitar. [Wikipedia]

The band is visiting Europe for Primavera Sound on May 30th, then again in August. All dates, album art, and track list, below... 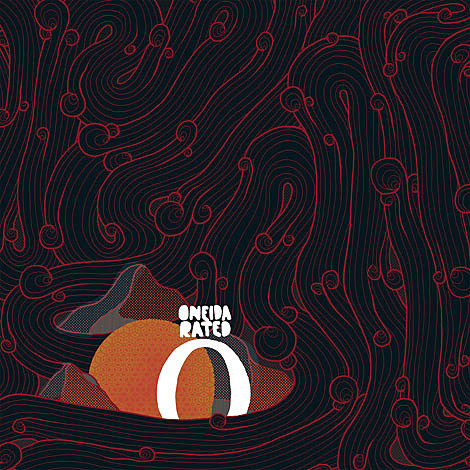 DISC 2 (SIDES C & D):
The River
I Will Haunt You
The Life You Preferred
Ghost in the Room
Saturday
It Was a Wall
Luxury Travel

$ Dump, This Moment in Black History
# Sunburned Hand of the Man