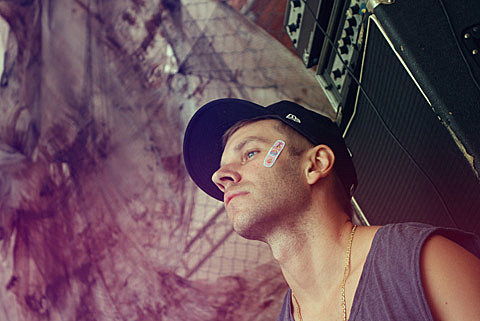 oOoOO (aka San Francisco producer Christopher Greenspan) released his impressive Our Loving Is Hurting Us EP earlier this year via Tri Angle and subsequently toured North America in support of it. Now he's set to go on a European tour, much of which is with Butterclock, who sings on his EP, but before that he'll play a hometown show in San Francisco at Public Works tonight (9/28) with Andy Stott and Demdike Stare (who will both be in NYC for a show together in October), and Balam Acab (who will be in NYC in December).

On oOoOO's way home from the European tour, he too will stop in NYC for a show on November 8 at Glasslands with Solar Year and Silent Drape Runners. Tickets for that show are on sale now. oOoOO just posted a song on his soundcloud called "StairwayToHeaven" (doesn't appear to have anything to do with the Led Zeppelin song) and you can stream that below.

Speaking of Andy Stott, he also just revealed a cut off of his upcoming album, Luxury Problems (due out 10/29 via Modern Love), called "Numb." A stream of that song, the oOoOO song, and a list of all upcoming oOoOO dates are below.