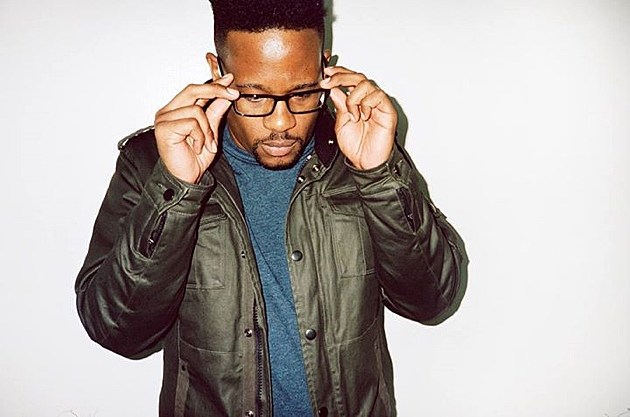 Indie rappers Open Mike Eagle and Lushlife are playing a handful of separate shows this year, and joining forces for one in NYC on April 13 at Baby's All Right. Tickets for that show go on sale Wednesday (2/17) at 10 AM. All dates for both artists are listed below. Open Mike Eagle's other shows are with Cavanaugh, his collaborative duo with Serengeti.

Open Mike Eagle's new album Hella Personal Film Festival is a collaboration with British producer Paul White, and it's due out March 25 via Mello Music Group. It's got one song featuring Aesop Rock and one featuring Hemlock Ernst, the rap alter-ego of Future Islands frontman Samuel T. Herring. So far he's shared "Check To Check," which you can hear below.