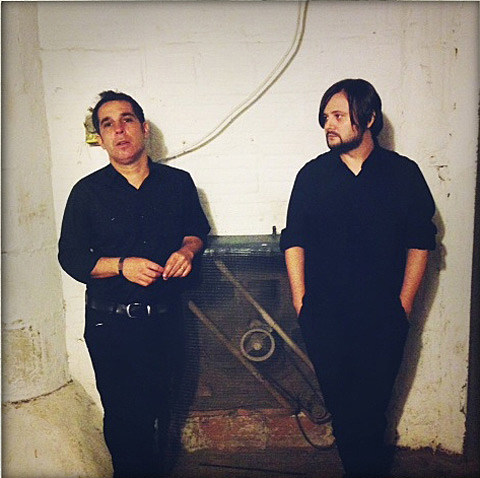 Aughts-era NYC music scene survivors Anton Harmony (aka Radio 4's Anthony Roman) and Mod (of Elefant) have formed a new project called Orange Cassettes whose debut single "Go In The Light" is out this week via R.T.A. (Ring the Alarm), a new arm of White Iris. The record also features help from Phil Mossman (LCD Soundsystem), Jim Orso (Holy Ghost!) and Luke Jenner (The Rapture), so as you can imagine its very much in the dancefloor-friendly post-punk mode. Stream it below.

Orange Cassettes will play their first-ever show which happens at Baby's All Right on November 12 with Ludwig Persik and Cathy on the bill as well. Tickets are on sale now.

Flyer for the show and song stream, below... 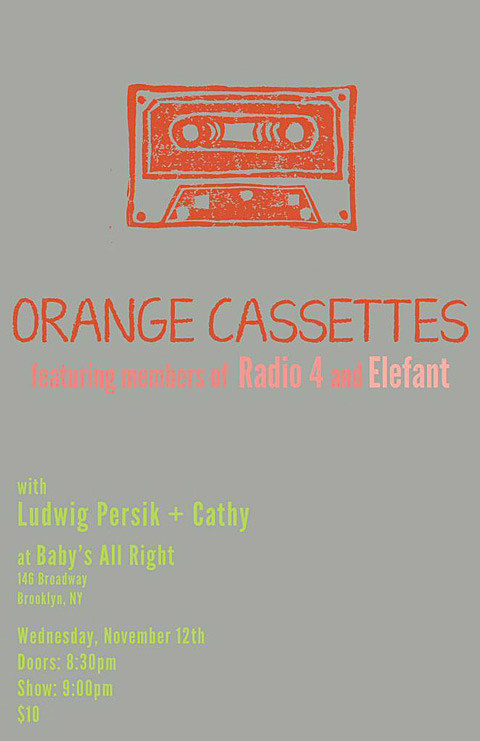