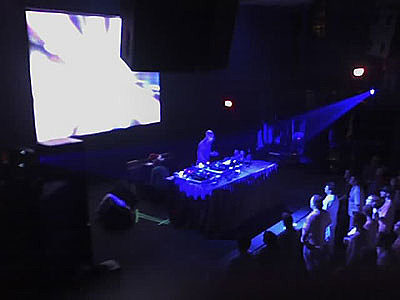 NOTE: Tonight's Orb show @ Avalon is cancelled (not an April Fool's joke). It's pretty unfortunate - it's not everyday that the Orb comes to town. If you know anything about a new venue, leave it in the comments. So far all future concerts at Avalon are still on, and the club's website claims they'll be back in business by next weekend. If it's house music you want, The Velvet List suggests Pacha instead.

FROM THE CLUBPLANET MESSAGE BOARD:

This is really sad and messed up!

Ironic that most of these clubs cater to a gay clientele

6 & 7) Avalon, Spirit
these two clubs are not particularly gay except they both share gay powerhouse promoter John Blair as a managing partner...

Avalon - has no current gay night. Only connection is that John Blair used to be the managing partner before leaving for Spirit. Supposed drug sales in the building. Ha. There would have to be some one in the building in order for anyone to sell anything.

Spirit: Not gay on fridays, but John Blair is one of the managing partners, who also does a gay sunday night party there.

Spirit is the only club I am not surprised to hear it was shut down, as it's run pretty sloppy and they seem to always have problems with underage drinking, fights, etc.

**above text is a quote from the CLUBPLANET MESSAGE BOARD**

Spirit also says they'll be back open by April 6th. The Superbowl of Hardcore should not be affected.